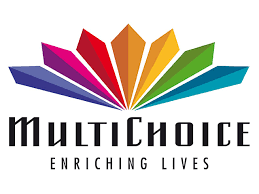 Arguing, the CPC said that it has a constitutional responsibility to protect the welfare and interest of consumers in Nigeria through the instrumentality of the “the Council” established pursuant to Consumer Protection Council Act (CPCA) Cap. C25, LFN 2004.

Further, it said that in the exercise of its statutory mandate, the Council was conducting an investigation into Defendant/Respondent’s compliance with its Orders of February 16, 2016 and other emergent issues relating to whether Defendant/Respondent’s business practices and specific conducts were in violation of the law with respect to the rights of consumers. The conducts under review include: alleged unfairness, arbitrariness and excessiveness of pricing and billing systems.

Acceding to the CPC, Justice Nnamdi Dimgba, gave several orders in the suit chief of which was for MultiChoice Nigeria Limited not to go on with the implementation of its new price policy.

The order which were granted in Suit No: FHC/ABJ/CS/894/2018 Federal Republic of Nigeria v. MultiChoice Nigeria Limited read thus:

“AN ORDER of interim injunction restraining the Defendant/Respondent by itself, agents, representatives, affiliates, officers or privies, howsoever described from continuing the implementation of any increased subscription rate or price review policy imposing increased charges and costs on the consumers of Defendant/Respondent’s services pending the determination of the Plaintiff/Applicant’s Motion on Notice for Interlocutory Injunction filed in this suit.

“AN ORDER of interim injunction restraining the Defendant/Respondent by itself, agents, representatives, affiliates, officers or privies, howsoever described from further carrying on or continuing any conduct or activity which interfere with or has the effect of circumventing the outcome of on-going investigation by the Consumer Protection Council into Defendant/Respondent’s compliance or non-compliance with Plaintiff/Applicant’s Orders of February 16, 2016 pending the determination of the Plaintiff/Applicant’s Motion on Notice for Interlocutory Injunction filed in this suit.”

The court also restrained MultiChoice from any conduct capable of interfering with the regulatory process of the Consumer Protection Council (CPC).

However, calling the bluff of the judge and ignoring the orders, MultiChoice Nigeria went on with the price increase.

Investigations by www.theoctopusnews.com revealed that the price hike has indeed taken effect.

Our team of reporters who visited selected DSTV outlets confirmed that the new price is now what obtains.

The DSTV office located inside Novare Mall, located along the Lekki/Epe Expressway offers services at the new price. Speaking with one of our reporters, one of the female sale representatives who spoke on the condition of anonymity confirmed that indeed the new tariff took effect from August 1. Asked if she wasn’t aware of the court order stopping the implementation of the new tariff, she said their head office had informed of the new rate and that is what they are charging now. At the Novare Mall office of DSTV, patrons who wouldn’t pay the new price were ignored, while those who could were attended to. If you argue about the new price, you are ignored.

When we visited the DSTV office located inside the Ikeja Mall, it was the same story. The sale representative confirmed the new rate albeit a little confused about all the questions being directed at her.

The increase is not only obtainable at malls, as other DSTV agents have also kicked off the new price.

This is not be the first time that DSTV will be disobeying a Federal Court order, as the company did same in 2015, when it announced a 20 per cent price hike on all of its bouquets both on DSTV and GOTV.

Then, two Lagos-based lawyers namely Osasuyi Adebayo and Oluyinka Oyeniji dragged the company to court on behalf of themselves and individual/corporate subscribers of DSTV and distributors.

In the class-action suit marked Suit No. FHC/L/CS/404/2015, the plaintiffs sought an order of the Federal High Court restraining MultiChoice from implementing its new rate for DSTV and GoTV subscribers. Justice Chukwujekwu Aneke on 2 April 2015 granted an order of interim injunction restraining Multichoice from enforcing its planned price increase. In part, the order reads as follows:

“That an order of interim injunction is hereby granted to the parties to maintain the status quo restraining the first defendant (Multichoice/DSTV) from giving effect or enforcing its planned increase in cost of the different classes of viewing or programmes bouquet, pending the hearing and determination of the motion on notice.”
But MultiChoice is said to have disobeyed the Federal High Court’s order. MultiChoice has gone ahead to implement the new subscription rate which is the subject matter of the class action.

Confirming that MultiChoice did not obey the court order, the company’s lawyer Moyosore Onigbanjo (SAN), said it did not because of some reasons.

When www.theoctopusnews.com, reached out to MultiChoice Nigeria Limited on its flagrant abuse of court orders, a Press Statement sent to us stated that their lawyers were presently looking into the issue.