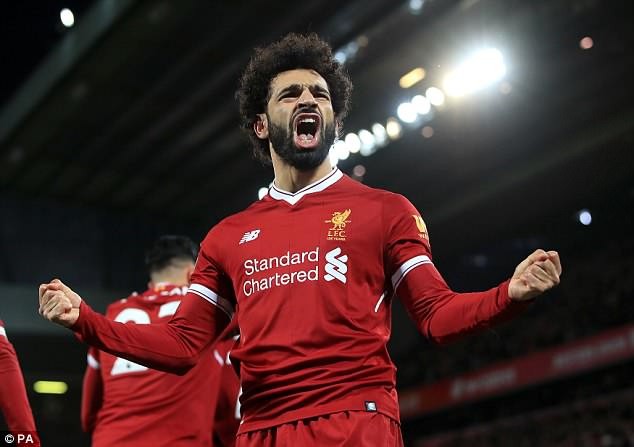 The player won the award for the second successive year.

A poll of CAF’s national teams’ head coaches and technical directors, members of the governing body’s technical and development committee and a panel of media experts selected Salah as the continent’s outstanding footballer in 2018.

The Egyptian received the accolade at a ceremony in Dakar, Senegal, on Tuesday, January 8.

Salah was also included in the Africa Best XI for 2018 alongside Mane and Naby Keita.  He scored 44 times during a 2017-18 campaign in which he helped his club reach the Champions League final, before then netting twice at last summer’s World Cup.

A further 16 goals in 29 appearances across all competitions for Liverpool have followed so far this season, while Salah also contributed four goals in three Africa Cup of Nations qualification outings for his country in 2018.

The 26-year-old’s performances throughout the year also saw him retain the BBC African Footballer of the Year prize and finish sixth in the Ballon d’Or standings.