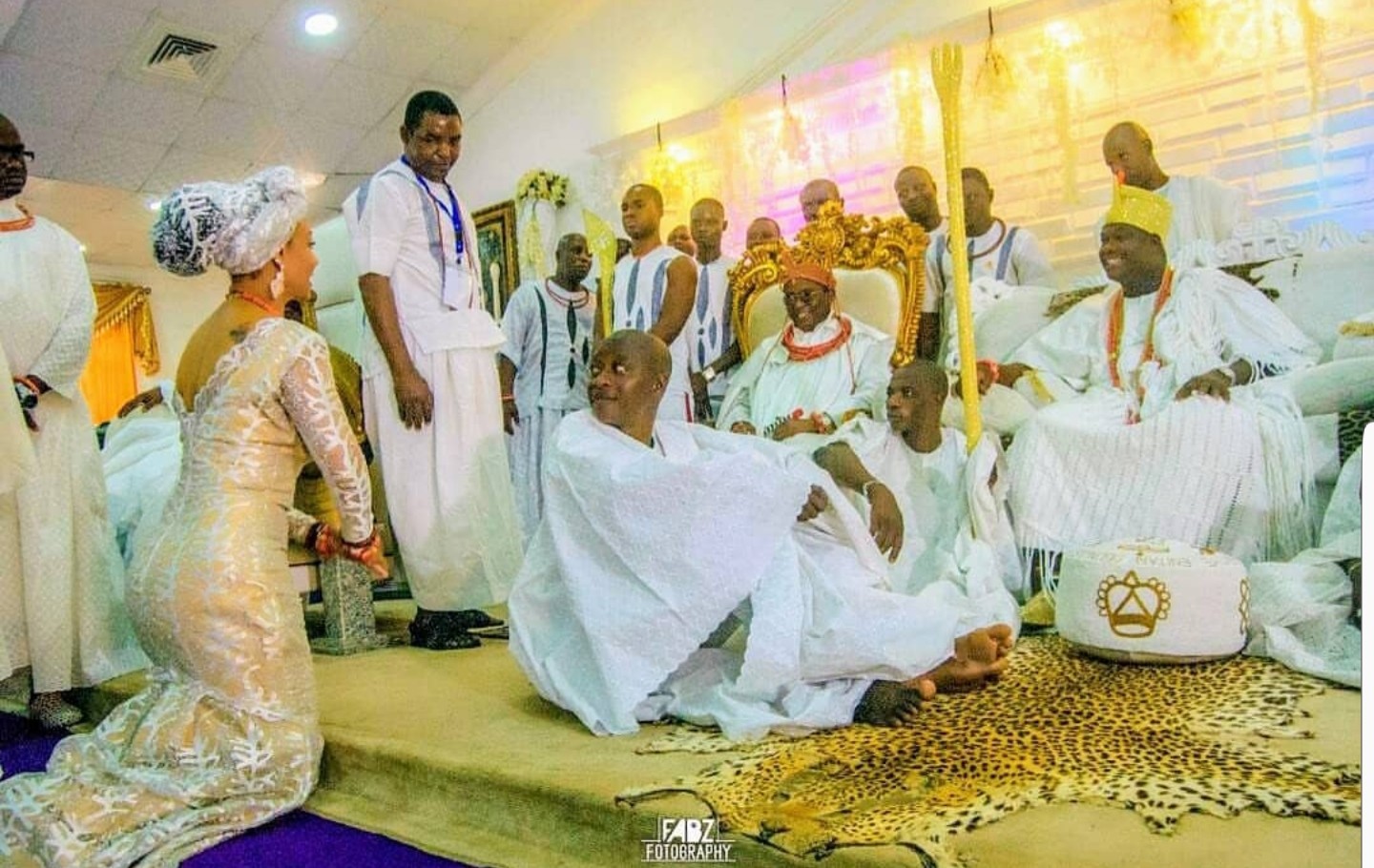 Though not a perfect woman, shape and looks are not areas where Modupe Ozolua can be found wanting.

Like a goddess, Ozolua, is any man’s delight and dream.

The fair-complexioned woman who will be 45 years old on Wednesday, October 10, will enchant any man perhaps woman too.

Over time, she has been the darling of the social scene, with men stealing glances at her each time she steps out for an event.

She appeared the cynosure of all eyes recently when she surfaced at the Palace of the Ooni of Ife, Oba Adeyeye Ogunwusi.

Not known to be a traditional woman, Ozolua, was recently in full court, but didn’t disappoint when called to pay homage to the Ooni of Ife and the Oba of Benin, His Royal Majesty, Oba Ewuare II.

In the wake of her homage paying were bright shining eyes, as she left a lot of the men in court either mouth agape or with a smile on their face. Indeed, desire doesn’t hide.

Imo Mike Is Up To Something

Can Kunle Ade-Ojo Step In His Father’s Shoes