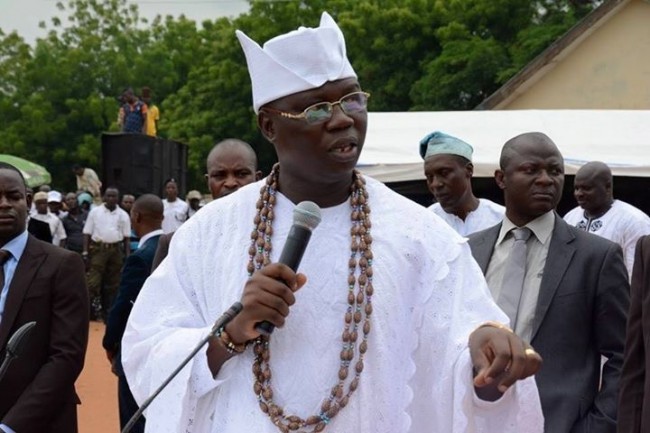 Prominent Yoruba leaders of thought will on Wednesday 15th August hold a security roundtable with several self determination groups and unions on how to checkmate the emerging threat being posed by migrants’ incursion from the Northern Part of Nigeria and outside the shores of country to the security and peace of Lagos State.

The conference which is being powered by a Pan Yoruba Socio-cultural group, Yoruba KOYA Movement, will be chaired by the Aare Onakakanfo of Yoruba land, Aare Gani Adams with the theme: Protecting Yoruba land: Migrant Explosion and Threat to Security and Peace of Lagos State.

The leaders will also address a world press conference on national issues such as restructuring of Nigeria’s Political, Economic and Social Structures; Infrastructure Decadence in Yoruba Land; Unabated Killings across the nation, Herdsmen vs Farmers Clashes amongst others.

According to a statement made available to news men yesterday in Lagos by the National Director of Organization and Publicity of the group, Mr. Maxwell Adeyemi Adeleye, Afenifere Leader and Elder Statesman, Pa. Ayo Adebanjo will lead other Yoruba leaders such as Second Republic Senator and Emeritus Professor of History, Banji Akintoye, Former Chief of Defence Staff, General Alani Akinriade (Rtd), Activist Pastor of Latter Rain Assembly Church and co-convener of Save Nigeria Group, Tunde Bakare to the event.

Hunting Gears such as Raincoats, Boots, Head Lamps, Hand Gloves, Torchlight, Whistles etc will be donated to members of VGN and Hunters at the occasion.

The main aims of the parley, according to the statement, are to examine the motive(s) behind the alarming incursion of Migrants from the Northern part of Nigeria and outside the shores of the country into Lagos State daily and the effects on the security and peace of Lagos State; examine the causes of herdsmen and farmers crisis in Yoruba Land; and to discuss the management strategies by which the migrant incursion could be avoided so that Lagos State and by extension, Yoruba Lands are not encircled by external forces.

The event which holds at the Banquette Hall of Lagos Airport Hotel, Ikeja, Lagos will commence by 10am.