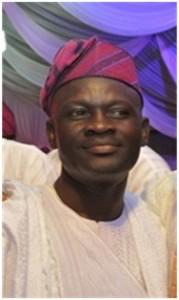 ***Says “Matter Was Overblown By His Detractors

What started as a small issue between this industrious and easy going engineer and property merchant, Engineer Toyin Omotosho and some of the executives of the estates inside the Maplewood Estate, Oko-Oba, where he resides and has business, may have been turned into spectacle in the social media by Engineer Omotosho’s detractors, who simply are not comfortable with the man and his rising status in the society, nay, the many pies he legitimately has his hands into. 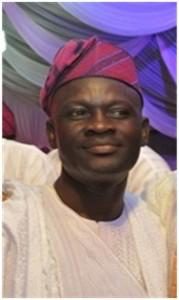 The annoying part of the unfolding story is the fabricated and concocted lie that the amiable and extremely courteous Engineer Omotosho viciously slapped a lawyer; an accusation which he has denied vehemently, saying, the whole story of slapping and engaging thugs to wreck havoc as being one that emanated from the pit of hell, and actually orchestrated by his enemies and detractors, who will never see anything good in an upwardly mobile person like him that has never been offensive or vindictive to anyone throughout his life.

Engineer Toyin Omotosho, who says the whole matter was overblown by these enemies of progress, claims, whatever the situation might have been, he couldn’t have degenerated so low as to slapping a fellow individual, given his status in the society and the consequences of such offensive act. He claimed the issue started when he was going out of the estate to meet up a medical appointment in the hospital. Surprisingly, he got to the gate, the estate securities locked up the gate at his sight while some executive members were with the keys. He further claimed no reason whatsoever was given for the closure of the gate. At first, he was angry, but they were able to mend fences before it got out of hand.

At the Maplewood Estate, where the contrived face-off took place, it is well known that Toyin Omotosho has for years been a peace-loving and very accommodating individual, where he even has a flourishing private school, ‘Eye On The Future’; an institution that has over time been providing quality learning and education to pupils and providing job opportunities for teachers and non- academic staff alike. How could he have descended so low as to causing mayhem for whatever reason at the expense of his immesurable contribution to the community, he queried.

Corroborating his denial of the slapping as being phantom and cook-up, Engineer Omotosho said that the video clip that was posted in the social media that has gone viral, did not even have any bearing of his name or particularly his identity, except for his picture that was graphically super-imposed in the story to give him a bad name. “The whole matter was outrageously overblown and misdirected by those who posted the malicious story, with my picture surreptiously embossed to give it a plausible outlook especially in this age of social media technological breakthrough where any perceived enemy can be easily maligned and debased”.

Since the video clip went out, the peace-loving Omotosho has been receiving messages and phone calls from friends, family and loved ones, who simply could not come to terms with what was reported. “It is very absurd and outright demeaning of my person and I am already making moves to get to the bottom of the matter, if these character assassins do not make a rethink by setting the records straight. ” I did not slap anyone for whatever reason and I stand by my word,” the obviously embittered and enraged Omotosho retorted .