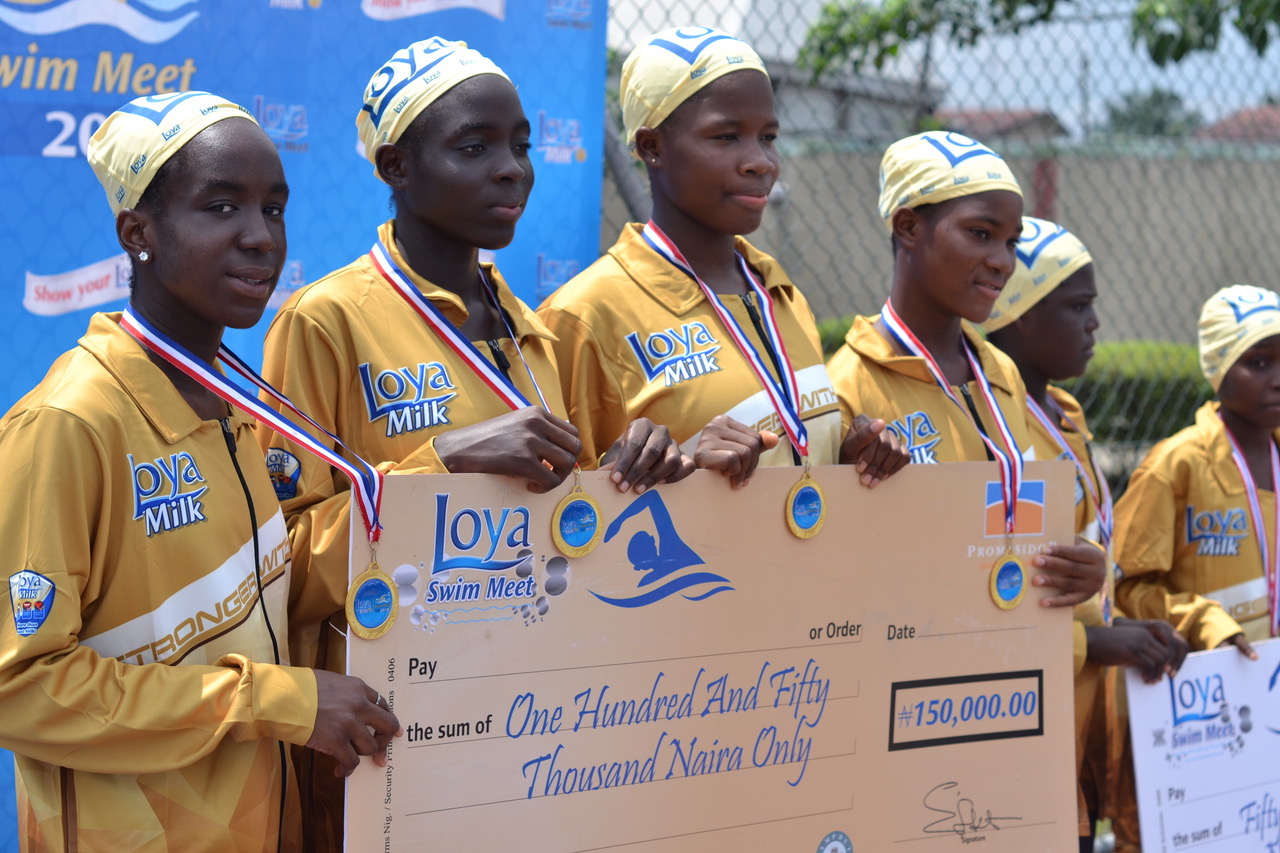 Unlike in the Ibadan challenge which held a week earlier where the host Lifeforte International School effortlessly won five out of the six gold medals, the medals were almost equally split this time between Bloombreed High School and Archdeacon Brown Education Centre, both of Port Harcourt.

Archdeacon Brown beat Bloombreed to the coveted 100 metres relay for boys, a feat some officials said may have dwarfed the extra gold medal received by the latter.

The competition was officiated by members of the Nigeria Aquatics Federation.

She noted: “The interest of Loya Milk in swimming resonates with its unique brand essence. Loya Milk is fortified with extra calcium, which makes it the choice of consumers who desire to live healthy and remain physically fit.

“We at Promasidor Nigeria Limited, makers of Loya Milk are convinced that inter-school competition is key to achieving our national sports objective. Through the Loya Swim Meet, we are playing a lead role in the quest to discover young talents in swimming.”

“States like Rivers and Bayelsa are blessed with talents in swimming.  Most of the kids are natural swimmers. But we need to motivate them to embrace the sport as a profession. This is the reason I see the Loya Milk intervention as a noble initiative that must be emulated by other brands,” Ebarakumo, who is also the captain of Rivers State Swimming Team, further said.

Loya Swim Meet started in Lagos in 2016 with 10 schools participating. It was held in both Lagos and Port Harcourt the following year. The ongoing season held in Ibadan before it moved to Port Harcourt last weekend. It will be hosted by Abuja after which it returns to Lagos for the grand finale.