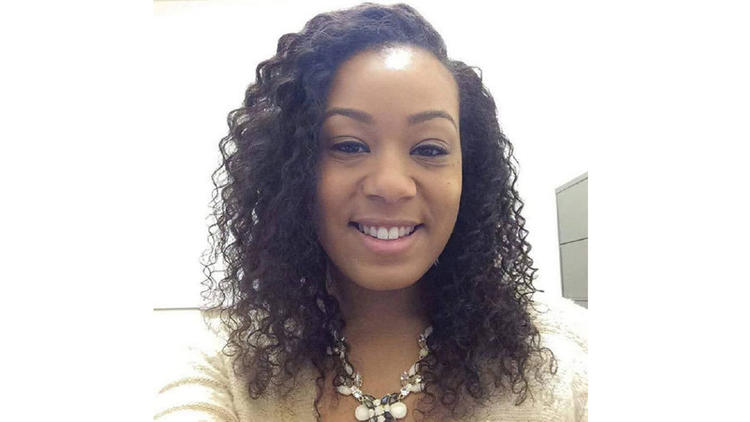 Julia Martin knew the right thing to do would be to return her engagement ring.

She’d broken it off with her boyfriend of the past three-or-so years about six months ago, according to her father, Derrick Martin.

When her ex came over on the premise of collecting the ring Friday night, he forced open the door and stabbed her repeatedly before jumping to his death from her apartment in the 3000 block of South King Drive, according to police.

Martin, a 27-year-old from Detroit, tried to save her own life. She grabbed her phone and called police. She asked them to send an ambulance for her. She told them the name of the man who stabbed her.

Then she called her dad.

“Not only did she call me, she texted me while she was going through all this,” Derrick Martin said Monday. “She was calling everybody, saying that she wanted help. She called another friend and she was panting over the phone, trying to get her breath. He thought it was a prank and he hung up on her. He feels so bad.”

He’s not alone. Martin doesn’t check his phone often and didn’t see the text message from his eldest daughter until much later. It read: “Call me ASAP.”

Julia Martin was taken to Northwestern Memorial Hospital, where she was pronounced dead from multiple sharp force injuries. The Michigan State graduate and human resources supervisor at a local architecture firm had never given her father any reason to worry that the man she spent so much of her life with was dangerous.

Man fatally stabs woman, jumps to own death on South Side: Authorities

She recently told him that she had started dating again, her father said.  As of Monday afternoon, the ex-boyfriend had not been formally identified by the Cook County medical examiner’s office.

“There was no indication he was dangerous … I never would’ve thought that in a million years,” Derrick Martin said.

She did call her dad awhile back and ask that they connect and meet in person to talk. Just last weekend, he drove down from Detroit to spend time with his church-going, go-getter girl.

“She never went into that much detail about how bad it was, she was just telling me that they had broke it off and that she was planning on giving the ring back,” he recalled.

The pair went to a winery and enjoyed each other’s company, he said.  “God works in mysterious ways,” Derrick Martin said. “He must’ve known it was going to be my last time to see her.”

Julia was the adventurous and ambitious type, her father said. Once she graduated college, she took a human resources job in Houston because she was always looking for ways to challenge herself, like recently obtaining a certificate in her field that led to a raise, her dad said.

Julia Martin just received her passport for a New Year’s trip she was planning to Africa, her dad said. She traveled all over the country and hoped to one day live and work in New York City. After living far away in Houston, her family was happy she was living in Chicago, close by.

She had a little sister, Jasmin Martin, 22. Her mother died two years ago, of heart complications, after 20 years of marriage, Derrick Martin said. The day they buried his wife, Jasmin told her dad she was pregnant.

Derrick Martin also has recently buried his mother, father and brother. He’s having Julia’s body moved back to Detroit for burial. Now, Jasmin and her son, Cameron, are the only close family Derrick Martin has left.

“I just pray, I just ask God to give me strength,” he said. “It’s like he keeps taking people that’s close to me and I don’t know why. You can’t question God, you just figure there’s a plan. And you pray.”