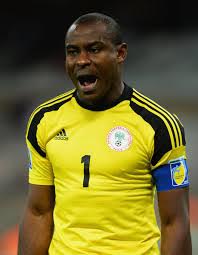 Former Super Eagles captain and Lille safe hand Vincent Enyeama has been sacked by the club.

Enyeama was part of the players sacked by the club’s new coach, Marcelo Bielsa.

Since his appointment by the new club owner, Gerard Lopez, on a two-year deal in May, Bielsa has been reshaping the squad that finished 11th in the French Ligue 1 last season.

In his career as a coach, Beilsa has coached Argentina, Chile and Marseille. The club’s preseason training begins on June 19, 2017.