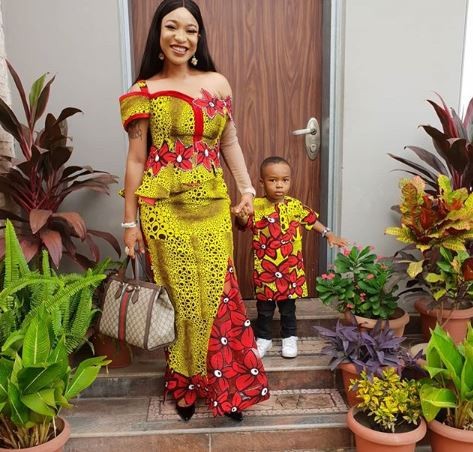 Known to have had issues with the father of her son, the crisis between Tonto Dikeh and her husband is legendary such that the thespian’s parent returned her bride price.

If you have ever wished the two a comeback, it’s not likely to see the light of the day, as Tonto Dikeh has rejected a prayer for such a reunion from a fan.

A fan on instagram said a prayer for her insisting thay it is “un-African to be a single parent”.

@tobi_nextlevel took to the comment section of a post shared by Tonto to write: “How I wish you and Daddy King can forget your difference and reunite again.”

But Tonto didn’t appreciate the prayer and she replied.

Tonto quickly forbade the prayer, writing in all caps: “MAY GOD FORBID SUCH A PRAYER IJN.”

She added: “Thanks for the evil wishes, I know you intended well.”

But the follower maintained his stance and told Tonto that “all African women need a man in their life” because “it is not our thing in black race to live a life of single parent.”

But Tonto wouldn’t budge and she insisted that the prayer was an evil one and whatsoever prayer dished out this year which isn’t in her favour, she has to forbid and cast out.

Dino Melaye Was Brought To Our Medical Facility-DSS