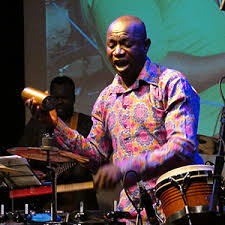 Nigerian Grammy award-winning percussionist, Lekan Babalola, has unveiled his concert for this year.

Tagged ‘Ebo Tour’, the name of the show is inspired by Babalola’s native Yoruba language as Ebo means a ‘traditional offering.’

The anticipated concert has been scheduled to tour major cities in the United Kingdom from June and will be powered by the Sacred Funk project and his agency, Temple Management Company.