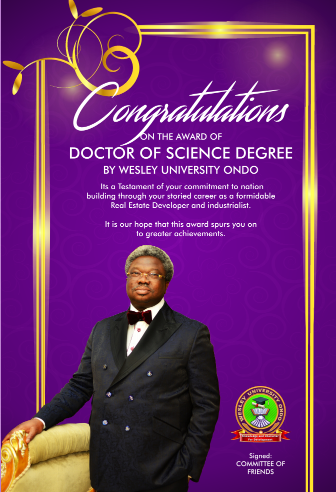 known for his achievements, the man scored another first when he was recently awarded a honourary Doctorate degree of Science by Wesley University Ondo.

Celebrating his achievements, his family and friends have been placing advertisement to celebrate him.

A real estate mogul and philantropisph, Okeowo, has contributed immensely to nation building and this is one of the reasons he was singled out for honour.