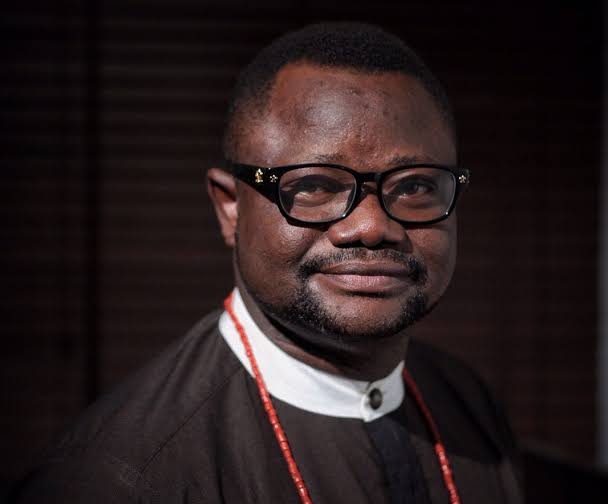 The heights by great men reached and kept were not attained in sudden flight but, they while their companions slept, they were toiling upwards in the night

The aphorism indicated above aptly captures the successful trajectory of Lancelot Oduwa Imasuen in carving a nitch for himself in the very interesting mellieu of the Nigerian Movie Industry.

It is an Award well deserved as Lancelot Imasuen is the only Edo Person alive on the list The other Edo lite ,the very impressive Sam Loco Efe has ascended to the great beyond .

Nollywood has had its share of the best and within the best Lancelot is among the best of the best.

So It was a Hollywood Director that came to Lagos to observe the process of making a Nigerian Movie .Seeing the cut and nail nuances at display he simply said “Not Hollywood- Nollywood”.That is the etymology of word “Nollywood,”.But for Lancelot Oduwa Imasuen ,making one blockbuster movie to another has made him acquire an unravilled image of distinction and excellence ,for which he is aptly dubbed “De Guv’nor”.

It is said that madness is doing a thing the same way and expecting a different result. And for Lancelot Oduwa Imasuen ,his selling point is departing from the established norm in making Nollywood Movies.

Some times, when you depart from the norm ,you transcend to excellence. It was not a surprise ,that Lancelot Imasuen has to his credit, perhaps the most acclaimed Epic in Nigerian History Invasion 1897, where my mentor ,the Debonair Pastor Mike Osakpolo Omoregbee-the CEO of Standard Schools, Benin City played the Lead role of Oba Ovoranmen Nogbaise.

Lancelot Oduwa Imasuen
Lancelot Oduwa Imasuen, popularly known as De Guv’nor is a Nigerian film producer, director, and scriptwriter with over 25 years of experience. He is the CEO of Lancelot Imasuen Media Network (LIMN), a public speaker, and founding member of the Directors’ Guild of Nigeria (DGN).

Lancelot Oduwa Imasuen was born on the 20th of June 1971, to the family of Chief and Mrs Godwin Imasuen. He hails from Urhokuosa town of Uhunmwonde Local Government Area, Edo State, Nigeria. He had his primary education at Oguola Primary School, while his Secondary education was at Eghosa Grammar School, Benin City, Nigeria.

After his Secondary education, Lancelot proceeded to the University of Port Harcourt (UNIPORT), where he studied Theatre Arts. As a child, Lancelot already had passion for the arts, and this was evident in his involvement in his secondary school’s drama society, and the literary and debating society.

He was also involved in the productions of his church drama group. Lancelot Oduwa Imasuen is married to Aimua Imasuen, and they are blessed with three lovely children.

Lancelot joined a professional theatre company called Earthpot Kulture in Benin at a young age. His career as a director started with Evangel Theatre, a TV Gospel Drama Series, at age 19.

From 1988-1991 when Lancelot relocated to Lagos, he worked as a casual staff of the Bendel Broadcasting Service (BBS). In 1994, he got a job as the Production Assistant of the Nigerian Television Authority (NTA).

Lancelot rose to the limelight at the age of 26, with the film ‘Yesterday’.

This expose’ will be inchoate if I do not give one of the Immortal Sayings of Lancelot Oduwa Imasuen ,which is not only inspiring but reassuring :

Locate your dream, then light up your passion, let the light burn as you keep doing what is right that you believe in and trust in your efforts. I tell you, one day, your candle will light up the world and time will celebrate you

Lancelot Imasuen is indeed a gift to this Generation.

Why I Am Constantly Dragging Desmond Elliot-Thespian, Georgina Onuoha