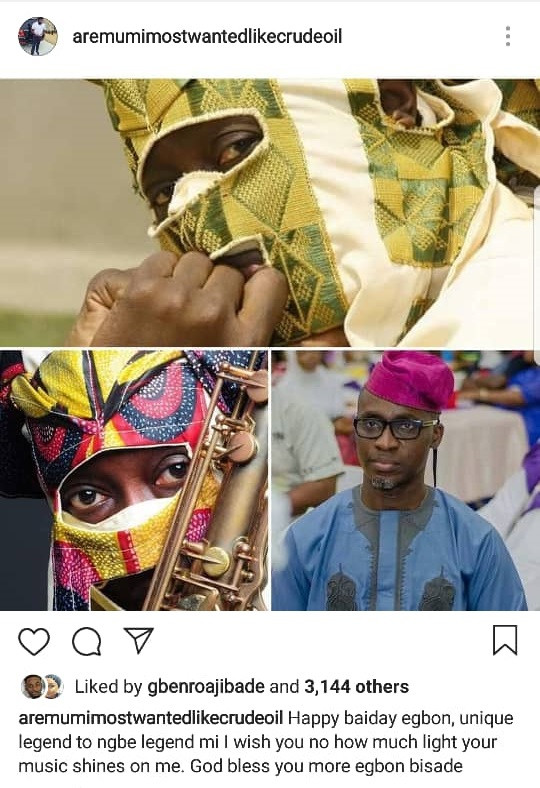 Masked singer, Lagbaja, has been apolitical for a longtime.

However, things are fast changing with the musician and he has been making his political Stance known.

He has been dropping insinuations political statements.

As the 2019 general elections in Nigeria draws nearer, masked musician, Lagbaja took to instagIns to share some words.

He wrote: ‘you can not effectively rule a country where the citizens are mentally and enotionally weak’.

He went on to add, ‘if war happens, we would loose. Vote wisely’.

Falz Mum Worries Over His Lack Of Interest In Church

Has The Musician Lagbaja Been Unmasked?