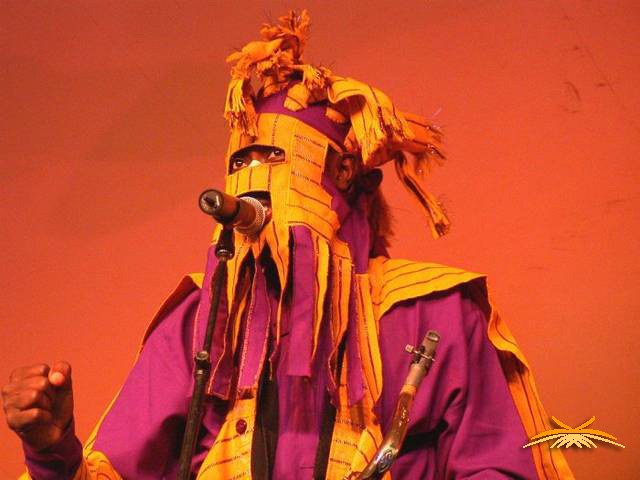 Very few people in the music industry would say that they have seen the face of the masked musician known as Lagbaja.

Real name Abisade Ologunde, the musician has remained masked since he debut in the music industry in the 90’s.

Keeping his identity under wraps, he has always worn a mask each time he performs.

However, he just might have been unmasked, as he turns a year older today Friday, January 18.

Celebrating the music icon, Nollywood actor, Aremu Afolayan took to his Instagram page to celebrate the singer sharing pictures of the masked man and another unmasked individual.

The post has thus sparked speculation, as people ask if the unmasked man could be the true face of Lagbaja. 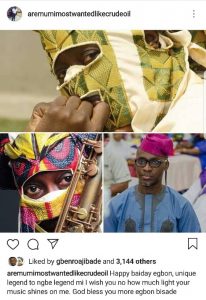