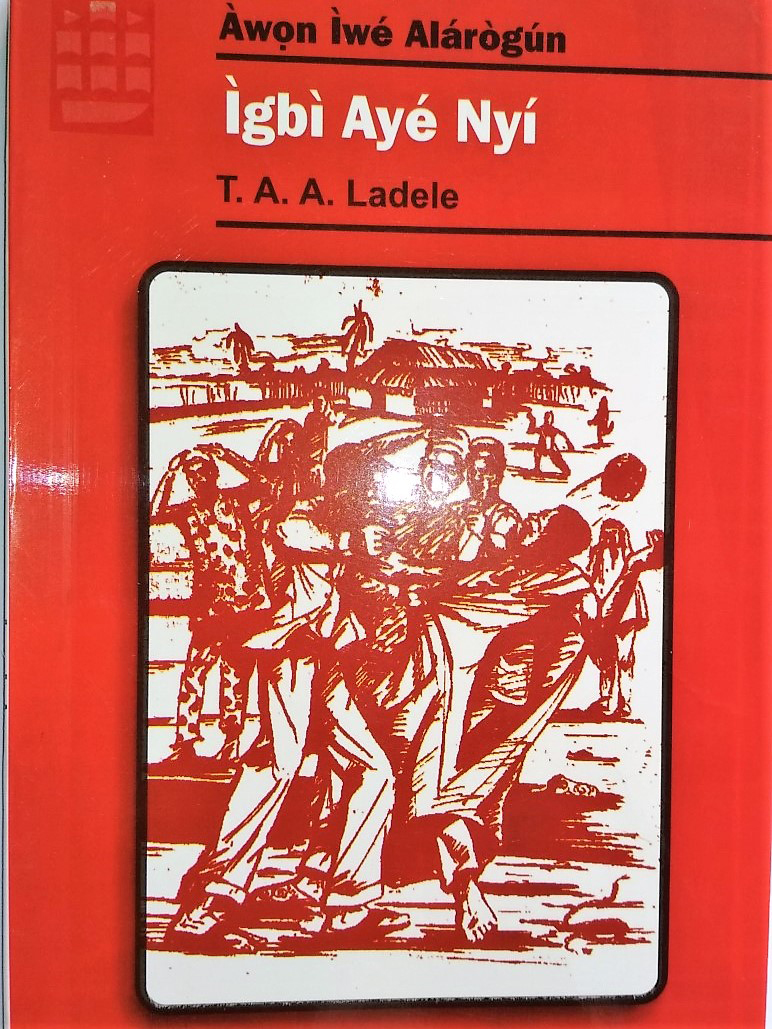 The classic Yoruba literatures, Je n lo gba temi and Igbi Aye Nyi of the renowned Yorùbá author, late Chief TAA Ládélé, has returned to the bookshelf. The works of the author is currently available for purchase by cultural and Yorùbá literary enthusiasts across the globe. This was recently unveiled by the children of the late author.

The late Chief TAA Ládélé was born around the year 1920 at Iyalode compound, Bode Quarters, Okeho. He who was one of the first generations of Yoruba authors made mincemeat of the literary genre through his natural writing skills and wrote several books that have become academic successes. He was the pioneer headmaster of Baptist School, Iwere-Ile, Area Headmaster, Baptist School, Okeho, History master, Durbar College, Oyo amongst others. He authored many Yoruba literatures and was appointed Justice of Peace in 1987. He transited on August 21 2014 at the ripe age of 94.

According to the son of the late author, Tpl IyiolaLádélé, “the books have been published again because there are a lot of demand for the books all over the globe by people who are interested in Yoruba cultural studies and the rich cultural dissertations that typify the works of the author. The literary engagement of students and scholars in these old books would equally help to restore the lost values documented by great writers like TAA Ladele.”

“Efforts are on to ensure that other books by the author such as Àkójọpọ̀ ìwádìí ìjìnlẹ̀ àṣàYorùbá and Ìgbà l’ódé for pedagogy and for discourse among Yoruba literary enthusiasts. This effort was also done to preserve the literary legacies of the departed icon.

There have been calls in several quarters, that the four requisite communications skills – writing, reading, speaking and listening – in Yoruba language are restored across the South Western States and these books would aid cultural renaissance,” he added.

The books which were earlier published by Longman Publishers and Macmillian Publishers more than four decades ago have led to critical discussions in different fora and these books have been repacked in quality prints that conforms to modern leading standards of publishing books by Gavima Press Limited.

The work, sited in the city of Owo, Je n lo gba temi is premised on the introduction of the Christian faith and Bankole, the head of the Masqueraders, acted the new found faith. His fellow initiates trailed him till he gave up Christianity. Upon establishing a school in the town, Deoti, the son of Bankole and his friend, Eesita, were enrolled in the school.

Unfortunately, the wave of civilization brought by the students to the town was not satisfactory to the religious groups in Owo and the mother of the two friends had contrary opinions. Deoti unwillingly yielded to the advice of his mother while his friend was doomed by joining the fad.

Similarly, Igbi Aye Nyi is set in the town of Otolu, in the early days of colonialism where the Oba, Bankarere and his sons perpetrate unspeakable outrages against their subjects. Their excesses was based on the misuse of human bodies and properties which is a perverted parade of ‘wealth in people’. In the end, events set in motion by the defiance of two of the townsmen led the colonial authorities interfering and putting a stop to their activities.

These new books are available across all the leading bookstores across the country.

For press enquiries, reach out to Olutayo on 07062021341 or send an email to olutayo@peodavies.com