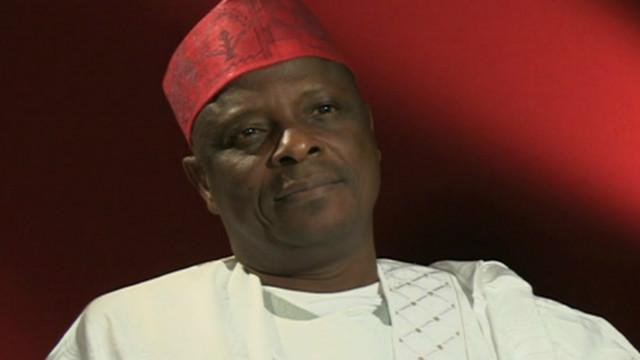 Ahead of the 2023 general election, Rabiu Kwankwaso, the presidential candidate of New Nigeria Peoples Party (NNPP) has revealed why an alliance between his party and Labour Party (LP), did not work.

Kwankwaso who spoke yesterday January 18th on “Nigeria’s 2023 elections: service delivery and policy alternatives” at the Chatham House, London. noted that he found out midway that the LP was built on hype and ethnic and religious sentiments.

He also said he felt there was no need for him to go ahead with talks on the alliance since he had a better pedigree in politics and education than the LP presidential candidate, Peter Obi.

Describing the LP as Andrew’s liver salt, which has started to fizzle ahead of the general election after its initial “media hype”, Kwankwaso added that President Muhammadu Buhari and the Presidency hold the key to free, fair and credible elections.

Asked if he would consider stepping aside and working with Obi since their programmes look like, he took on the questioner, saying he was sure he was from “a particular part of Nigeria.”

His words: “The issue of Labour. You see, that is the problem we have. The gentleman that asked the question, I am sure is from a particular part of Nigeria and belongs to a particular group.

“You have a party that is based on ethnicity and religion…. Of course, that is the difference between the Labour Party and our party, which is a national party, the New Nigeria Peoples Party.

“While we are accusing leaders of being one thing or the other negative, the followers must learn how to be Nigerians and not come from one part of the country.

“Let me say that I was one of those that initially wanted to work with the Labour Party. Unfortunately at that time, the Labour Party was under serious media hype and therefore, they could not see reason and are still not seeing reasons.

“Why say that I should withdraw? I wish you did not have to go to that extent. You would have said I should consider working with Labour Party or PDP or APC. People here don’t even know what is happening. I want to say that our party, the NNPP is the only growing party in Nigeria today.

“We have seen the maximum any party, especially the Labour Party, can go. To us, it’s like Andrew’s liver salt. It came with a lot of hype and now, it is coming down. Just take note of it.

“Our party, the NNPP, is the only party that is now getting the support. Forget about the big people who are actually the problem of our country.

“We have succeeded in locking down Northern Nigeria today in terms of votes and not working in the Southern part of the country. The difference is that the North knows us more than the South.

“If you were from the North, you would not have made that statement for Kwankwaso to withdraw for Labour Party. You should go and look at my credentials. I hold a PhD in Civil Engineering. Check your candidate and see what he has.

“I have been in the system for over 30 years. I was a civil servant for 17 years, I was Deputy Speaker of the House of Representatives in 1992. I was an elected delegate to the Constitution Conference. I was elected governor of Kano State for eight years.

“I will tell you what I told them when we sat down. If anybody wants Kwankwaso to withdraw, let us bring the criteria. Anytime I have a better candidate, I will be ready to talk to him.”

On the upcoming polls, the   former Kano State governor  said that “if the Presidency wants a free, fair and credible election, we will have it.”

He added:  ”Our country is yet at another crossroads. We are facing an election in which, for the first time in 20 years, President Buhari will not be a candidate.

“We are going into an election at a time when poverty is biting so hard and money bags believe that they can take advantage of the very poverty they inflicted on the nation.

“We are also going into this election when the election umpire, INEC has successfully gotten some of the far-reaching amendments targeted at improving the conduct of elections and preventing election rigging in Nigeria.

“Thus, the burden of conducting the free and fair election, much as it depends on the performance of INEC, politicians, security agencies and other stakeholders; it largely rest on the corridors of the Presidency.

Kwankwaso hailed the United States, the United Kingdom, the European Union and other friends of Nigeria for their support in deepening democracy in Nigeria

The presidential candidate however appealed to them “to prevail on the Nigerian President to ensure that he leaves a legacy of free, fair and credible elections.”

While also expressing concern over an alleged ploy by some persons to derail the electoral process, he said: “Let it be known that no contraption in whatever guise other than an elected government will be acceptable to Nigerians in 2023.

“We in the NNPP believe that we would tie election at first ballot free and fair. We appeal to the President not to listen to any proposal that seeks to undermine the 2023 general election.

We also call on all well-meaning Nigerians as well as the international community to be vigilant. I am also calling on all Nigerians in the Diaspora to continue to appeal to the government of their host country to continue to support our country and ensure that credible elections are conducted.

Kwankwaso promised to “create an irresistible and attractive destination for businesses and career aspiration” that would make Nigerians in the Diaspora to return.

While noting that   Nigeria is facing challenges because of the “choices made by its leaders,” the former governor promised to end strikes by workers, especially members of the Academic Staff Union of Universities and medical doctors, if elected President.

He also spoke about increasing the number of military and police personnel in the country to about one million each and building one million houses yearly within four years in office..

2023: Peter Obi’s Records As Governor Disqualifies Him From Presidency–Ozobu