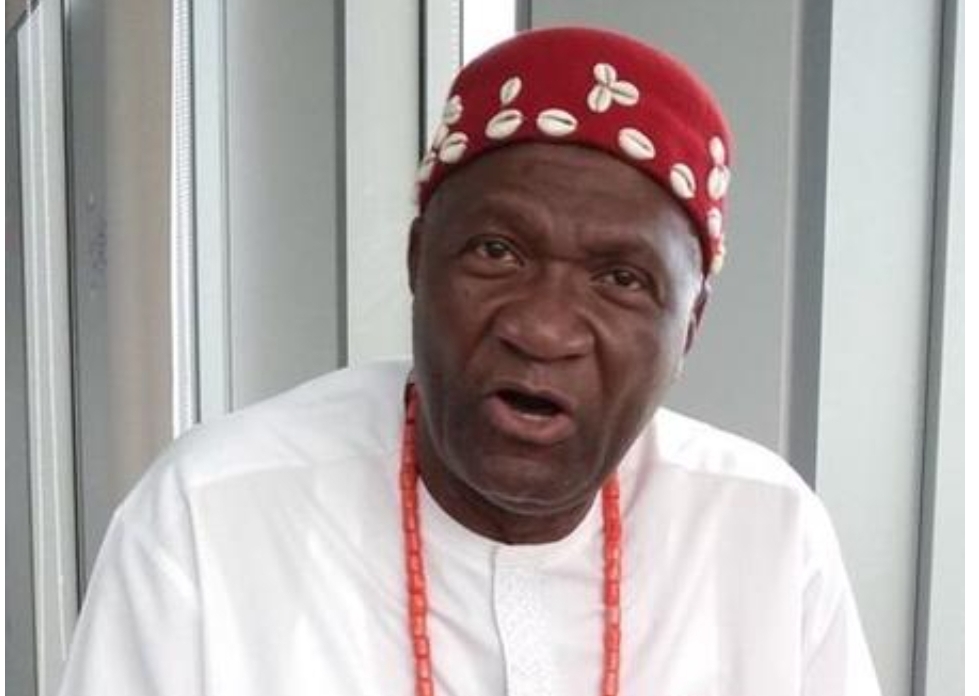 Prince Richard Ozobu, a chieftain of Ohanaeze Ndigbo has stated that the records and actions of the presidential candidate of the Labour Party, (LP) Peter Obi, during his tenure as the Governor of Anambra State, disqualifies him from contesting for the presidency of Nigeria.

Ozobu, who said the chances of the Labour Party candidate in the 2023 election are too slim, alleged that Obi doesn’t believe in democracy as he refused to conduct council polls throughout his eight years tenure as the Governor of Anambra State.

Further, he stated that Obi abandoned the political party on which he rode to office, despite making promises that he will never leave APGA for another party.

Ozobu insisted that Nigerians especially the Igbo should look at Obi’s past records of governance in Anambra State and consider whether he can actually be trusted to keep the promises he has been making to Nigerians.

He warned the Igbo against what he described as ‘committing another political blunder by casting their eggs in one basket’ and voting for the former governor, adding that LP lacks the structures and organization to win the 2023 presidential election.

“We must look at Peter Obi’s past records. It is not enough to say that he is an Igbo man. We have to look at his records. Whether or not he is the right candidate is the issue. This is a former Governor that has been politically inconsistent, joining three political parties within the last ten years. This is a man who refused to conduct local government elections as the Governor of Anambra state for eight years. Then, how do you call somebody with such nasty record a democrat? Through this action, he stifled the growth of the local government system in his state. Obi stunted the growth of politicians who could have passed through the local government system in the eight years Obi governed Anambra state and refused to conduct council polls. People say he is humble and simple, but presidency goes beyond these things. Somebody told me that Obi is an apostle of reducing the cost of governance. Reducing the cost of governance was one of the reasons why he couldn’t do what the Constitution said in terms of conducting local government elections in Anambra state, for which he was impeached as Governor. Obi has too many theoretical ideas about governance. These theories won’t help the South East or the country.

“I don’t see Peter Obi as a good and saleable candidate that the Igbo should crack their heads for. It is not just being an Igbo; you must also have the right qualities. The Igbo have been excellent in trade and commerce but we need to get same quality in politics, governance and administration. Look at the massive youth unemployment and insecurity we have in the South East. How many jobs did Peter Obi create in Anambra state during his tenure as governor?

“Obi started from APGA as a governor. We expected that he would have built APGA after using the platform to govern Anambra state for eight years. APGA was formed to be a core platform to Igbo spring board in politics. During the formation of APGA, I can tell you that Governors of Igbo extraction from other political parties made contributions. One expected that Obi would have remained in APGA to build the party. Obi made promises not to abandon APGA, but he never kept the promise. He defected to the PDP, probably seeking for more political heights for himself. Obi handed over Anambra state to a successor who failed as governor. Without sounding immodest, Obi’s successor, Willie Obiano was a disappointment as Governor. He arbitrarily chose his successor and Obiano turned out to be a mistake in governance of Anambra state. And I’m yet to hear Obi condemn the squander mania and poor performance of his successor. The Igbo have an adage which says that charity begins at home. How well did Obi perform at home?

“Now, he is contesting for the presidency on the platform of a party that lacks structure nationwide. Obi can’t play the game well because he doesn’t understand the political field and the rules.”

Emphasizing on the need for alliances that could boost electoral success, Ozobu insisted that the LP lacks the structures and capacity to win the presidential election in 2023.

‘Where are the alliances that the LP has built to win the presidential election? Of course, you must build alliances to win. You can’t just stand up to say you are contesting for the presidency, there must be alliances otherwise you are just contesting to make up the numbers. You are calling on Igbo people to support Obi, but have you cared to ask if his running mate, Datti , was actually being backed by the North? Have you also asked if the Northern interest is truly behind Datti? This is where the alliances come in. The Igbo need to do a good check and negotiate with one of the presidential candidates who can deliver to us what we need. The Buhari presidency has brought the Igbo lots of infrastructure, not from those representing the Igbo as Ministers and National Assembly. We need to be cautious with our choices in 2023.”

On the way forward for the South East zone in 2023, he said; “Our dilemma has been bad leadership. We put our eggs in one basket and failed to negotiate when others were doing so. It is unfortunate that our leaders have not learnt from the mistakes of the past .We need to ask questions about what has happened to the federal allocations that have accrued to the South East zone since 1999. For 2023, we must work very hard and negotiate well in 2023; otherwise we will continue to lament marginalization after the 2023 presidential election must have been won by those who we refuse to negotiate with.”