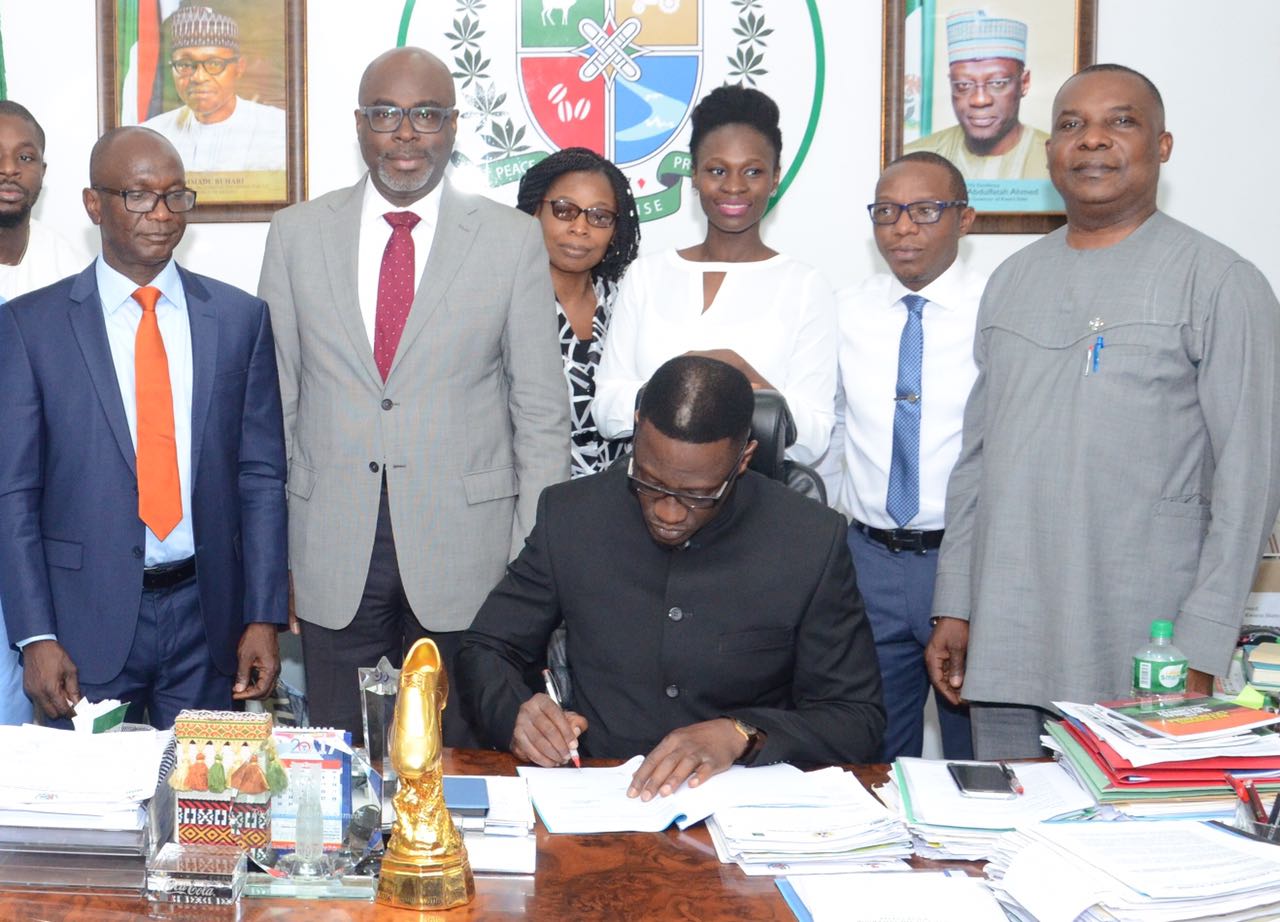 The governor added that LUK will herald the beginning of a green economy in Kwara State. He also disclosed that the project is an investment inflow under a Public Private Partnership (PPP) model. According to him, the State government is not committing any funds to the project at this point, but will pay back the contract sum over a 10-year period.

In his remark, the Chairman of Riccofortezza Steven Energy Limited, Mr. Sunny Akpoyibo said that the streetlights will be powered through solar power tunnels, noting that this is the first time technology will be deployed anywhere in Nigeria.
Akpoyibo also emphasized the job creation potential of LUK in terms of civil, operational and maintenance components of the project.