The All Progressive Congress (APC) and the Peoples Democratic Party (PDP) flag bearers in the Kogi west Senatorial election will know who will represent the district in the Senate on  Saturday, November 30.

The Independent National Electoral Commission (INEC) has fixed the date for the conduct of the supplementary election in the district.

In a statement released n Twitter,  the commission said that it arrived at the decision after a meeting held on Thursday, 21 November.

Read original statement from the commissions below: 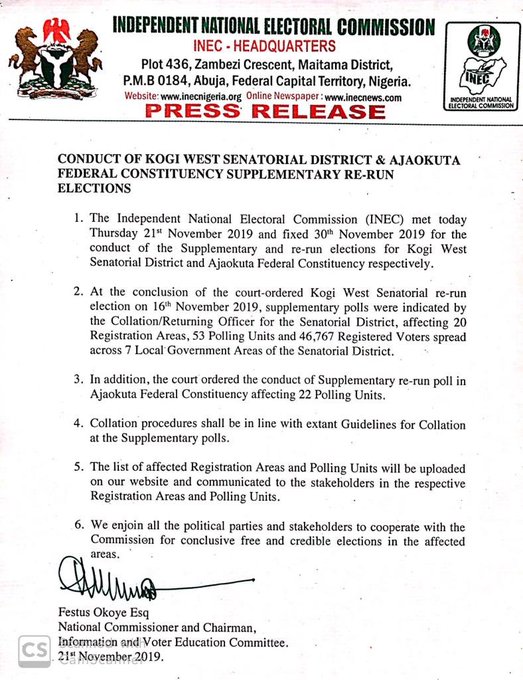