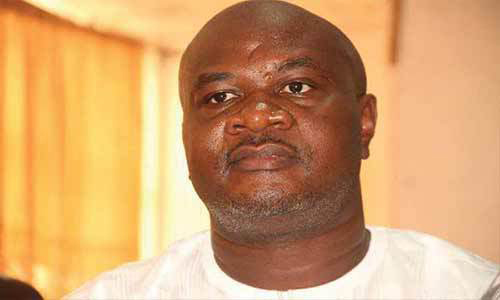 All seems not to be too well with the Kogi State chapter of the Peoples Democratic Party (PDP) going by the feelers reaching us.

It was gathered that the main issue is an alleged move by Senator Attai Aidoko, the PDP Senator representing Kogi East District at the upper chamber of the National Assembly, to set up a parallel campaign body for the Atiku/Obi presidential campaigns towards 2019 elections.

Sources hinted that the PDP 2019 Presidential Campaign Council led by Senate President, Bukola Saraki, had mandated Alhaji Ibrahim Idris, a former governor of Kogi State and also the leader of the party in the state to set up the presidential campaign body but this did not go down well with Senator Aidoko who felt the former governor is not in support of his return to the senate in 2019. Alhaji Idris and the entire leadership of the PDP In Kogi East are said not to be pleased with the unusual manner through which Senator Aidoko emerged as the senatorial candidate of the PDP in Kogi East district and his lack of regard for genuine reconciliation.

“As it is, no one is pleased with the manner  Senator Aidoko emerged as the senatorial candidate of the PDP in Kogi East. Even worse is his proud disposition that Party members must be loyal without question” a source noted.

Senator Aidoko, we learnt is said to have allegedly perfected plans make himself the Director-General and  install his aides into the presidential campaign council in the state just so that he can ride the Atiku-wave considering his lack of acceptance by majority of Part faithfuls and the electorates.

As it stands, if the situation is not masterfully and properly managed, the PDP would be worse for it as Party members are poised to either defect or ply the fifth columnist if Aidoko gets his way. He is said to ride on the experience of his godfather, Dr. Amodu Ali, who is determined to politically obliterate Alhaji Ibrahim Idris.

Speaking in that light, a major stakeholder in Kogi East, stated expressly that, “Aidoko thinks all Igala people are either fools or PDP members. How many Igala people are members of political Parties? In the end it comes to the electorate who have severally rejected him and would reject his Party if need be. Let me tell you, we are not so interested in the Party this time after-all, most of them were at one point members of an opposition party and the heavens did not fall”.

Senator Aidoko is said to have been enraged by an intelligence report that revealed that his Party members are not with him in this occasion and were just playing ball with him, leading him on t get their “own share” from him before ditching him at the polls. It will be recalled that a few weeks ago, Aidoko appreciated the Divisional Party Chairmen of the PDP in the nine local government areas of Kogi East. He also express gratitude to the Youth and women leaders with “keke Napep” and a few elders with cash gifts. The situation enraged those who didn’t benefit from the bazaar and such have constituted  the real threat to his ambition from within.

There’s also the issue of the many others who have been at the receiving end of his multitude of court cases who are still in the PDP but determined to have the last laugh.

In the end, it is left to see if Aidoko’s onslaught on the Ibro political family and the huge support he enjoys from the former National Chairman of the PDP, Dr. Amodu Ali, will translate into electoral victory in a State where the PDP is not the ruling Party

How Atiku Abubakar Lied About Speaking To Me, Late Sakaba’s Wife Seun Speaks

Why I Dumped APGA-Yul Edochie