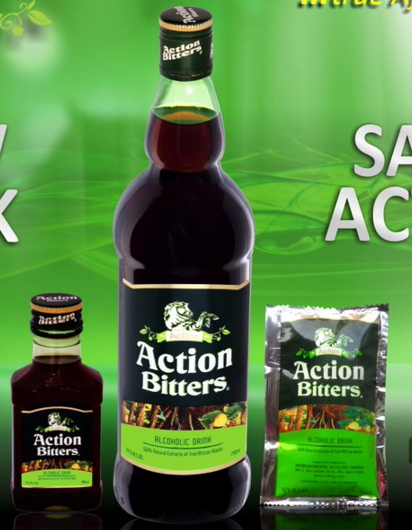 Will alcoholic bitters make you perform better on bed? That is the suggestion of the purveyors of the many bitters brands littering our retail landscape. However, many manufacturers are careful not to make this declaration. They rather adopt sophisticated and sometimes crude tactics to drive home the point. Many believe them. Recently, Kasapreko of Ghana launched a new version of bitters into the Nigerian market, presumably to recover some of the massive ground it lost to Guinness’ Orijin brand. At the well put together event, the MD of the company, Kojo Nunoo, went beyond merely suggesting its aphrodisiac capabilities, he declared that the “bitters is good for enhancement of manpower”, according to a report on naij.com. In my view, this crosses the red line.

What is the science? Bitters, according to Wikipedia, “is made from botanical ingredients like aromatic herbs, barks, roots and/fruits for their flavor or medicinal properties”. Common ingredients in bitters include cascarilla, cassia, gentian, orange peel and cinchona bark.
What do these deliver? Improved digestion, liver cleansing and mitigation of sugar levels, according to medical experts.
One of the biggest challenges in determining the truth about bitters claims is that manufacturers, especially in west Africa, contrary to global best practice, do not usually provide a full list of ingredients.
According to various surveys by national newspapers like the Vanguard and the Sun, there appears to be consensus among consumers that the various bitters products are aphrodisiacs. Is this a consensus of the wise or that of the naive?

Let’s hear what the experts have to say about this:
“Most bitter herbal drinks are dangerous to human health”-Stephen Laiko, NAFDAC state co-ordinator.
“Rather than enhancing libido, regular drinkers of the so called (bitters) liquid aphrodisiacs may be risking their future fertility”- Sylvanus Pabo, a nutritionist (Vanguard Newspaper).
“Bitters are strong spirits that work against the human body system. The damage caused by such spirits is unimaginable. Those who consume them daily are likely to die young”.
Dr Peteru Inundah, Chief Medical Director, Federal Medical Centre, Bauchi.

But what is it in these bitters that convinces many users that they are effective in ramping up performance on bed?
He explains, “Because sexual problems can be caused or worsened by psychological stress, a moderate drinking might seem like a sexual enhancer and so the alcoholic content of the so called aphrodisiac bitters is what makes people think those concoctions have some medicinal potency”.
Ok that’s what the book says, potential loss of fertility, death, other severe health risks all in the kitty. If this is the case, why does NAFDAC keep registering them and why does government allow them to get away with claims that they are potent where it matters most to men?

Have we allowed a multi-billion dollar industry to grow on lies, spewing misery, illness and death? Or do they really make men last the distance? As claimed? Over to you.
By Akin Adeoya
Post Views: 1,703

Related Topics:Kalahari and Other Bitters: Sex; Lies and Deathslideshow
Up Next