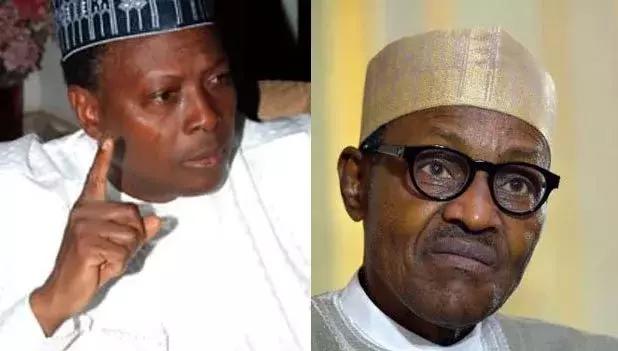 “If anything happens to Buhari the north will insist on being in power till 2027…..those who see Buhari as their representative and are not being treated justly are going to claim their own rights and the only way you are going to resolve the issue is that after Buhari’s administration, you have it zoned to the north for eight to 10 years”- Dr. Junaid Mohammed, Punch Newspaper, 14th  May 2017.

This is bunkum! There is no such thing as “insisting” on anything in a democratic setting.

Dr. Junaid Mohammed is out of touch with reality and he speaks only for the lunatic ultra-conservative wing of the core northern Muslim ruling elite to which he belongs.

He is so extreeme that he makes the die-hard Arewaists and core northern supremacists  look like saints.

He does not speak for moderate, reasonable, rational and God-fearing core northerners.

The truth is that the lunatic fringe and ephemeral “north” and the ultra conservative extremists and hegemonistic cabal that he represents is no longer in a position to insist on ANYTHING because this is a democracy.

The fact of the matter is that the glorious days of the all-powerful “Kaduna Mafia” are long over!

There is no question of any form of coercion or compulsion in this matter.

If the core north wants the Presidency in 2019 they must appeal to the rest of the nation to give it to them and they must work hard for it.

And it can only be given to them as a result of hard negotiation and consensus and not by threats.

Nothing must be taken for granted. It will not be given to them as of right but, if at all, it will be conceeded to them as a consequence of the freely exercised will of the Nigerian people from both the north and the south.

We do not operate a monarchial system of government in Nigeria and no single induvidual or group of people have a “divine right to rule”.

The title of “born to rule” is not only provocative, insulting, unsavoury and distasteful but it is also inimical to and incompatible with every form and tenet of decency and justice that is known to man.

It cannot be engendered, tolerated or sustained in a democratic dispensation and setting where the rule of law prevails and where every citizen, regardless of gender, ethnicity or faith, is deemed to be equal before God and has the right to vote.

Nigeria does not have and neither does she desire a master-race of blue-blooded core northern aristocrats to run her affairs and she is not a Saudi Arabian or ISIL-like caliphate that is ruled and governed by a set of antiquated and archaic feudal and theocratic laws.

Our jurisprudence and system of government is based on a proud and strong Judeo-Christian foundation which is enshrined and embedded in equity, decency, tolerance, liberalism and justice for all.

No individual, no matter how highly exalted or reverred, and no ethnic group, no matter how innovative, resourceful or well-endowed, can laud it over the entire nation, impose their will on us or tell us what to do.

That is the bitter truth and that is the Nigeria of 2017: a nation where a new generation of young and dynamic political activists and leaders are silently emerging who are not prepared to settle for the insults, indignities and tiny crumbs that the older generation were prepared to live with and tolerate for so many years.

The truth is that if anything happens to Buhari nothing will happen and Nigeria will move on.

If anything happens to Buhari, the Acting President, Professor Yemi Osinbajo, will continue his term of office with full powers, he will have the support of the Nigerian people and he will finish his tenure hail and hearty.

If anything happens to Buhari in 2019 Nigeria may have a southern President after which the country may be restructured.

If anything happens to Buhari the south and the Middle Belt will NOT go on bended knee to beg and appease the north and we will not be moved or intimidated by the usual threats of carnage and violence by the likes of dark and sinister men like Junaid Mohammed.

If anything happens to Buhari it will be a defining moment and we will know whether ours will remains a nation at peace with itself or a theater of bloody conflict and civil war.

On Sunday 14th of May, Chief A.K. Horsefall, the former Director General of Nigeria’s State Security Services (SSS) and National Intelligence Service (NIA) and one of the most reverred and respected figures in the intelligence community, told the Sun Newspaper that “Nigeria is sitting on a time-bomb”.

He is absolutely right. Some of us warned that things would eventually come to this as far back as two years ago but as usual the shallow-minded skeptics, the ignorant dullards, the undiscerning fools and the cowardly compromisers amongst us brushed aside our concerns and paid no heed to our fears.

Instead they insulted us and labelled us as enemies of the system, alarmists and prophets of doom. Now we are in a real mess as the clouds of conflict are gathering and the drums of war are beating.

Sadly everything that we said would happen two years ago has come to pass and today Nigeria is a nation that is on the btink.

The fear and tension in the land is palpable as the quest for power has once again started.

Yet those that insist on power remaining in the core north till 2027 are relentless. They are not prepared to give an inch and they are already preparing the ground for the worst case scenario.

This is sad and most unwise but no-one is intimidated. The bitter truth is that if they insist on carnage, conflict and violence I say let it come and let us consider it to be the final battle in the war for Nigeria’s independence.

We won our independence from the British, our erstwhile external colonial masters, in 1960 after my distinguished father, Chief Remilekun Fani-Kayode Q.C. S.A.N, C.O.N, proudly and successfully moved the motion for Nigeria’s independence in Parliament in 1958.

Today, by this contribution, I hereby move the motion for Nigeria’s independence from our all-powerful internal colonial masters and I decree and declare that by 2019 we will be free and truly liberated from their hegemony and subjugation.

Some have threatened to impose their will on us by the force of arms and by the usage of savage and relentless religious and ethnic militias and standing armies like the Fulani Herdsmen and Boko Haram if we do not accept their bondage.

Yet we cannot be intimidated. If they refuse to relent, if they unleash violence and havoc on our people and if they insist on holding on to power in perpetuity we will defend ourselves and we will resist, oppose and fight them.

With or without the support of our beleagured, and overwhelmed elders we will fight them.

With or without the backing of our conflicted, compromised and timid political leaders we will fight them.

As long as God is alive and Jesus sits on the throne we will fight them.

We will fight them physically, spiritually, intellectually, pyschologically and in every other way.

We will fight them on the land, in the sea and in the air.

We will fight them in every visible and invisible realm and on every tangible and intangible plain.

Our enemies are not the ordinary people of the core north but those misguided elites who believe that they own Nigeria, who see the rest of us as nothing but chattel, who treat us like field hands and slaves and who believe that our lives are worth less than the lives of their cows.

We cannot be expected to love our oppressors and to cheer them on whilst they are attempting to cut off our balls and castrate our people.

We cannot be expected to love those who see us and ours as nothing more than animals that are to be caged and treated like the scum of the earth.

Nigeria is a modern nation-state and not a primitive Islamist caliphate. And neither is she Nazi Germany or Apartheid South Africa. There is NO “master-race” here.

Our forefathers fought and died for us to be a natiion of equals and not a nation of horse and horse-riders, slaves and slave-owners or masters and serfs.

To those that see themselves as Nigeria’s Aryan race I say “enough is enough”.

To those that seek to establish an aparheid enclave in our shores and that see themselves as the all-conquering white Boers of Nigeria, I say “you are playing with fire”.

To those that kill us, torment us, enslave us, deride us, denigrate our people, ridicule our faith and believe that we are nothing but the biblical and proverbial “hewers of the wood” and “drawers of the waters”, I say sheath your bloody swords and stop this madness before you set our nation ablaze.

Yet it is not too late. Once they drop their born to rule disposition we can be friends.

Once they rid themselves of the misguided notion that they must dominate and rule over us in perpetuity we can love them again and treat them like our brothers and compatriots.

Once they “let my people go” all hostility and enmity will vanish, God’s terrible judgement will be lifted and the curse that plagues them will be rescinded.

That is the way forward.  That is the path of peace which provides us with the potential for a joyous, fruitful and prosperous new beginning.

But as long as they hold on to their misguided and misplaced notions of ethnic and religious supremacy it shall be like oil and water between us.

You cannot truly live unless there is something for which you are ready to die. This is a noble cause for which each and every one of us is ready to lay down our lives.

As long as they insist on treating us like the beasts of the field and the dogs of the wastelands we shall be mortal enemies and our opposition to them shall be relentless.

Saraki’s  8th Senate Assembly: First Half Scorecard …. Something To Cheer About -Omoniyi Idowu

How To Win The War Against Corruption