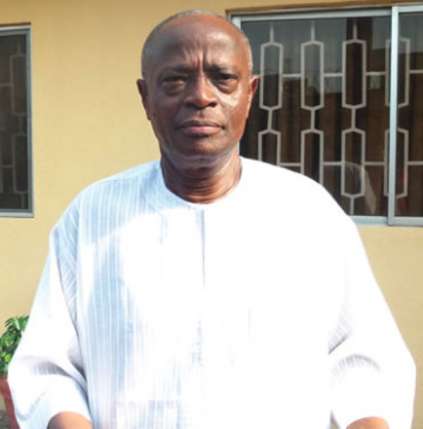 There is a saying that judgment always comes as long as the oppressed is patient.

For most citizens of Ikorodu town in outskirt Lagos State, judgment day has finally come for former Minister of Works, Adeseye Ogunlewe.

As far as citizens of Ikorodu are concerned, Ogunlewe was their son that failed to deliver when it mattered most.

As Minister of Works, Ogunlewe was given the project tagged Operation 500 Roads.

For many people who are from Ikorodu, their believe was that development would certainly come to their town with the Minster of Works being from the town.

However, they were shocked that despite the release of N37million released to Federal Controllers of Works for the second phase of the Direct Labour road maintenance project named Operation 500 Roads little or no development was noticed in the town.

This singular act saw Ogunlewe becoming the enemy of some people who under hush-hush tones criticized him.

Presently, that three principal officers of the Federal University of Agriculture (FUNAAB), Abeokuta, including the Pro-Chancellor, Sen. Adeseye Ogunlewe, and the Vice Chancellor, Professor Olusola Oyewole were arrested for fraud is considered good news by some people in Ikorodu town.

Ogunlewe and his cohorts would be docked on an 18-count charge bordering on stealing, abuse of office and obtaining money by false pretense.

The suspects were arrested on Wednesday morning following a petition written against them by the institution’s chapter of the Senior Staff Association of Nigerian Universities in August.