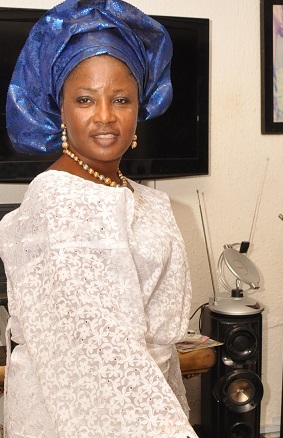 Considering these, the imposition of Babaloja and Iyaloja on computer village with the huge money flowing in the market is an attempt to enrich those benefiting from the hardships of millions of Lagos traders while adding the traders to the list of their victims. 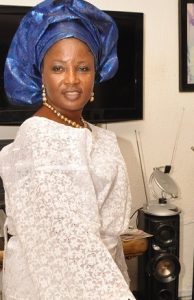 All over the world among countries with sane leaders and proactive citizens, there is an apparent competition; a competition to lead the way in development and innovations, playing second fiddle has therefore become dreaded. To achieve this, unproductive systems are abolished for the productive ones. This is the opposite in Nigeria the self acclaimed giant of Africa.

Days ago, the media space was awash with the appointment of Iyaloja and Babaloja for the fast growing Nigerian technology hub popularly called “Computer Village” by the Iyaloja of Lagos, Mrs. Tinubu Ojo. At first, it seems to me that it was a comedy as I couldn’t fathom appointing feudal overlords for a technological hub, how ridiculous it would be to read about Iyaloja of Silicon Valley or the Babaloja of Wall Street. It wasn’t until I confirmed from several sources the authenticity of the news that the tragedy of this appointments dawned on me.

The world has become a global market where mostly ideas are traded which in turn translates to goods and services. This is why Nigeria ought to invest in its technological markets, in a sane society traders in a place like computer village would be showered with credit facilities, state of the art facilities and research grants for collaboration with our ivory towers; all these are apparently lacking. However, computer village is vast making progress inspite of the shortcomings and irresponsibility of the government.

What could have prompted this development? Is it for economic benefits? The Iyaloja and Babaloja system has over the years developed a new species of individuals who benefit and fatten their pockets from the markets by collecting royalties and patronages from market men and women without any obvious improvement in the welfare of the traders. Credit facilities are obviously not available and when provided by some agencies they come with high interests and oppressive conditions (these credit schemes have nicknames such as Gbomu le lantern which translates as putting the woman’s breast in lantern fire, a reflection of the horrors of such credit facility). Considering these, the imposition of Babaloja and Iyaloja on computer village with the huge money flowing in the market is an attempt to enrich those benefiting from the hardships of millions of Lagos traders while adding the traders to the list of their victims.

We might also consider the political aspect. Computer village is one of the strongest opposition to the political overlords of Lagos. It is believed that because of the ethnicity of most of the occupants of the village (being Igbos), the village has remain one of the opposition strongholds and must be annexed or their activities regulated by proxy. It is my belief that the Iyaloja of Lagos, who is a blood relation to the self acclaimed emperor of Lagos has started the move to infiltrate the opposition hold. To achieve the task, the Lagos ruling class (who survived the 2019 election by playing the ethnic card) has started mobilising ethnic sentiments to defend the action.

That the Iyaloja of Lagos, a post not recognised by the constitution could threaten citizens of the country given rights by the constitution is a farce. The traders in computer village should be commended for protesting against this insanity. The battle is not only for them because in reality, it is a battle between the move to 21st century ideals and a feudal bureaucracy that has stunted the country’s development. The victory of the feudal Forces is a murder of development. To support the new Iyaloja and Babaloja is to support the move to kill technological progress but alas! Many are supporting them because ethnic sentiments and political sentiments. This is all too common a problem with Nigeria, and as the Late Chinua Achebe puts it ” What has consistently escaped most Nigerians in this entire travesty is the fact that mediocrity destroys the very fabric of a country as surely as a war—ushering in all sorts of banality, ineptitude, corruption, and debauchery. Nations enshrine mediocrity as their modus operandi, and create the fertile ground for the rise of tyrants and other base elements of the society, by silently assenting to the dismantling of systems of excellence because they do not immediately benefit one specific ethnic, racial, political, or special-interest group. That, in my humble opinion, is precisely where Nigeria finds itself today”.

Computer village is a system of excellence and we must defend it against the forces of mediocrity and banality.
Bright Ogundare is a social commentator and can be contacted via email ( brightogundare@gmail.com)

Only You can Prepare Yourself for Success

“Predicting the Stock Market Is Easier Than You Think”