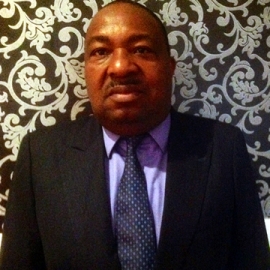 In recent times, there have been posers for Israel Ajao, the man saddled with the responsibility of heading the affairs of the Lagos neighbourhood safety corps.

Amidst several unpalatable complaints, the man was summoned by the Lagos State House of Assembly.

Among the issues were his none payment of the salaries of employees of the agency who had worked for 11 months, none issuance of employment letters and uniforms, among other things.

At the sitting, the retired Deputy Inspector General of Police (DIG) was asked to pay up what he owed his men, even as he continued to maintain that the agency had been oversubscribed.

Since his summons to the House of Assembly, Ajao has been making moves.

A recent meeting held in Oshodi has led to fresh speculation with talks of men of the agency who have already been given employment number and grades in the Lagos State Civil Service.

Indeed, their fears are coming to pass, as  men of the agency who are yet to be paid for 11 months have been asked to re-apply for their jobs and back date their application letters by nine months.

They were paid two months salaries by the corp on Thursday, April 26th creating the impression that they were actually employed two months ago and they have been paid their money. This is indeed Ajao’s new move.