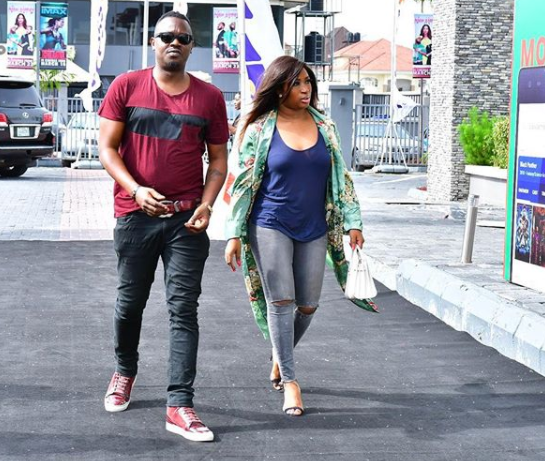 In recent times, there have been tales of a crisis rocking Dr. Sid’s marriage.

Thought the singer refused to comment on the issue, many insisted that the situation has degenerated such that his wife Simi had stopped wearing her wedding band.

A couple of times when the lady stepped out, she was without her wedding ring.

Things might however be looking up for the couple who many have said are trying to work on their marriage as opposed to heading to the court.

Simi and Dr. Sid stepped out for a movie date, as they were spotted at IMAX cinema in Lekki where they went to see a new movie. Pundits say the movie date is part of efforts by the couple who already have a daughter to resolve their marital crisis.