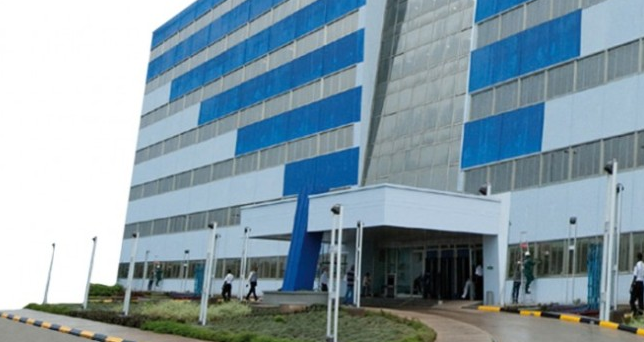 Multi-billion dollar maritime behemoth, INTELS appears to be deep in a sizzling issue of illegality and impunity. Three Oil and Gas Free Zones, -the Oil and Gas Free Zones in Warri Port Complex, Eko Support Services (ESS) Lagos and Brass Oil and Gas City, Brass Island, Bayelsa State, all multi billion naira projects have now been discovered to have been established without the backing of the law. And INTELS is alleged to be the big, unseen hand behind these free zones.

By this act, there is only one legally established Oil and Gas Free Zone and that is the one in Onne. And this makes any other purported Free Zone null and void because there is no law to back it up, according to maritime experts.

A maritime insider, stated unequivocally that what is happening today, that is the establishment of Free Zones is a gross abuse and misinterpretation of Decree No. 8 of March, 1996. This Act established the Oil and Gas Free Zones Authority. This Oil and Gas Free Authority unfortunately has over the years approved and licenced the operations of illegal oil and gas Free Zones in Warri, Brass and Lagos. Sadly, he says, the immediate past government appeared almost totally ignorant, passive or perhaps in cold complicity with a foreign organization that seems determined to trample our laws for its selfish and monopolistic goals in the maritime industry.

On its website, www.ogfza.gov.ng, under Our History, the Authority wrote: “The Authority is (also) responsible for registering, licencing and regulating Oil and Gas Free Zone in Nigeria”.

In the three sub-sections of section 5 where the Functions of the Authority are clearly stated, none gave it the power to licence oil and gas free zones in Nigeria, as it claimed on its website.

According to Dede Amos, a maritime lawyer, “From the wordings of that section 5, there is no expression, nothing whatsoever to imply that the Authority has the power to register or licence oil and gas free zones. If it did that in the past, it is a crass violation of the law,” he stated.

The legal practitioner explained further that the power given to the Authority under section 5 (1)(b) is that of granting permits and licences to enterprises that may want to carry out commercial activities at the Onne/Ikpokiri Free Zone. “It was specific and unambiguous,” he stated. The maritime authority added that the Oil and Gas Export Free Zone Authority (OGFZA) knows that it is breaching the law but has been goaded by powerful organisations like INTELS which gave them (OGFZA) even the office they use in Onne. OGFZA also knows too well that there is no difference between INTELS and Eko Support Services or between INTELS and those in Warri Port or Brass.

Maritime and legal experts that the government Agency that statutorily has a role to play in the registration/licencing of Export Free Zones, oil and gas or not, in Nigeria is the Nigeria Export Processing Zones Authority (NEPZA).

In the discharge of this function, NEPZA has, over the years, saw to the registration of 32 Free Zones in Nigeria. Nine of these are oil and gas. All the 32 Free Zones are listed on NEPZA’s website, www.nepza.gov.ng. Five others currently awaiting approval were also listed on the site. None of the Free Zones registered by the oil and gas Free Zone Authority is on the website of NEPZA.

Responding to the question of whether there are overlapping responsibilities between OGFZA and NEPZA, another legal practitioner, Barrister Christopher Okoh was emphatic that there are no ambiguities or overlapping responsibilities in the functions of the two Authorities. “Obviously Oil and Gas Free Zone Authority has usurped the powers of NEPZA and by that Act promoted illegality. By the NEPZA Act, all free Zones, whether oil and gas or not, are to be recommended for registration to the President by NEPZA. Any so-called registration or licensing that does not follow the procedure is unlawful”, he added.

Maritime experts and players are now calling on President Mohammadu Buhari to beam his blazing anti-corruption light on the free zones to unravel the acute illegalities and choking impunity in this critical section of Nigerian economy.