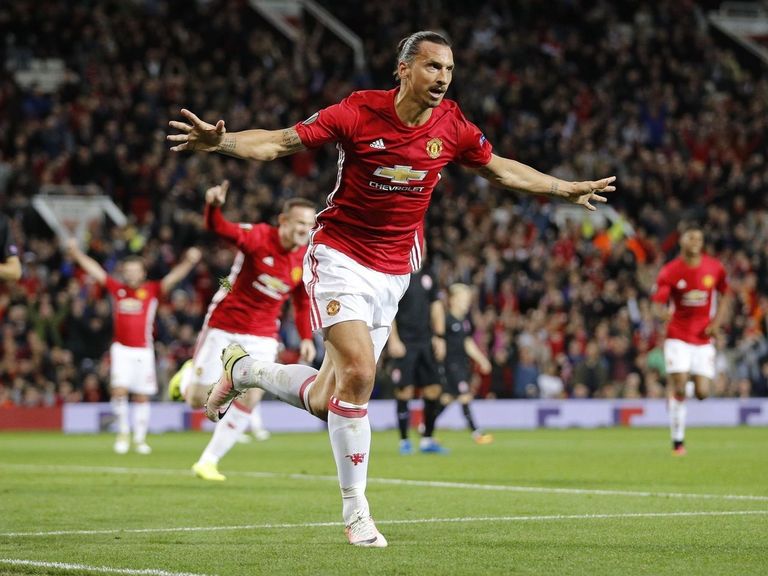 Should I stay or should i go?

That is the question that faces Manchester United goal machine Zlatan Ibrahimovic.

On the topic of a follow-up campaign with the 20-time English champ, Ibrahimovic concedes that he is no closer to deciding his future, despite saying he’s already triggered a mysterious contract clause with his play so far.

Asked if he’s done enough to provoke a contract stipulation shrouded in secrecy, Ibrahimovic told the Guardian’s Mark Dobson: “Something like that. I have to score 100 goals! The option is already fulfilled. But there’s nothing done yet.”

Ibrahimovic, 35, made his long-awaited Premier League debut this season after moving from Paris Saint-Germain in the summer on a one-year deal, and the Swede has quickly quelled doubts about his proficiency in England’s top flight.

With 20 goals in all competitions, that skepticism has turned into belief, prompting discussion of a second season at the Theatre of Dreams. Still, the decorated, 116-time capped international is in no rush.

“From my side. We’ll wait and see. Let’s see what happens.”

Red Devils boss Jose Mourinho added that there’s “nothing done yet” on a potential extension, though it’s impossible to undersell Ibrahimovic’s impact on United.

His 15 league goals both lead the club and represent a Premier League record for a player as long in the tooth as the rangy striker, and his quartet of assists are joint-second-best on the team with Anthony Martial, a player who Ibrahimovic admits to tutoring.

“He’s not going around with his head down,” Ibrahimovic said of the former Monaco standout. “He’s positive, training hard, and has a lot of energy. Obviously he wants to play.

“When we eat breakfast he sits beside me and we talk.”