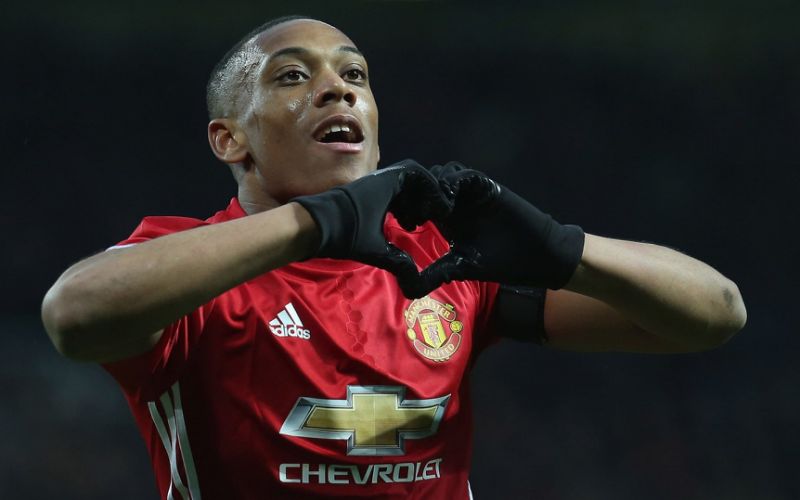 Success always comes at a price and Manchester United are likely to have to pay it sooner rather than later following Anthony Martial’s performance on Saturday.

The Frenchman arrived at Old Trafford from AS Monaco for £36m during the summer of 2015 with a clause in his contract that stated United would have to pay an additional €10m (£8.52m) should he reach 25 competitive goals for Jose Mourinho’s side.

Saturday was goal number 24 as Martial, along with an earlier finish from the sublime Juan Mata, saw Walter Mazzarri’s side swept away by a United performance that was so un-Mourinho like it almost defied belief. Forget parking the bus, this was revving the Ferrari.

Martial’s all-round showing – he plagued Watford relentlessly until his 80th-minute substitution –  was the kind of effort that justified the money United spent on him but it was also a stark reminder of how much more the 21-year-old can give when body and mind are in sync.

Reports in December that his agent, Philippe Lamboley, was trying to orchestrate Martial’s Old Trafford exit clearly unsettled him and Mourinho has repeatedly spoken about how he is demanding more and more from Martial, determined to extract every ounce of his talent.

“I felt he was tired in the second half because he was running a lot and he hasn’t played every game. He did well and scored a nice goal. It’ll be good for his confidence and good for the team as well.”

Ibrahimovic, as well as savouring the unbridled adoration he is receiving at Old Trafford, is clearly also enjoying his elder statesmen role in the United dressing room and he is doing his best to advise Martial, if and when he asks for it.

“He’s not a guy who speaks a lot, he’s pretty quiet,” Ibrahimovic added. “He’s been very professional and training hard. He’s always trying to do his best. He’s good in training just like he was today.

“He seems to do OK. He’s not going around with his head down. He’s positive, training hard and has a lot of energy. Obviously he wants to play.”

Martial more than showed his desire to play in this contest as he was one of many who orchestrated a win that kept United in the top-four race ahead of four consecutive cup ties in the remainder of February.

More helpless than hapless, the visitors stood no chance and United controlled the first 45 minutes to such an extent that it felt an affront to natural justice that they were only 1-0 up at the break, courtesy of Mata finishing off a Martial run from close range after half an hour.