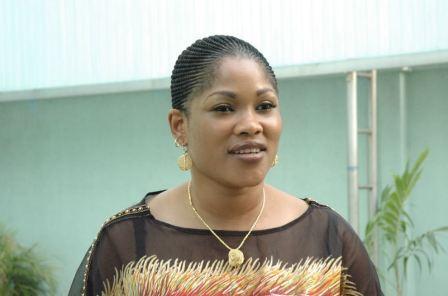 Ibidapo Obe, further revealed that customers who come to her shop have no reasons to be ashamed or afraid to make purchase, as the sex toys are kept in a remote corner of the store, so patrons can have their privacy while they pick their choice.

The fair-complexioned mother of one revealed that the need to earn a daily income is what led her to the business.  So, if you need one you know where to go.

Nollywood actresses are known to venture into all sorts of businesses asides acting.