Embattled dancer, Jane Mena, has disclosed that she now understands why some ladies don’t show off their spouses.

She stated this in an Instastory post she shared.

Mena who has been enmeshed in a “sex tape” controversy with actress Tonto Dikeh, noted that women make such decision not because social media will destroy their relationship, but because some “miserable, sad and lonely” people do not like anything that makes one happy.

She added that she is just a young girl who is making lots of changes in her life.

Also sharing relationship expert, Blessing Okoro’s post where she wrote about people wanting what others have without knowing the effort that was put in to keep it, Mena added that if she loses anyone or anything, it is because they are not supposed to be there in the first place. 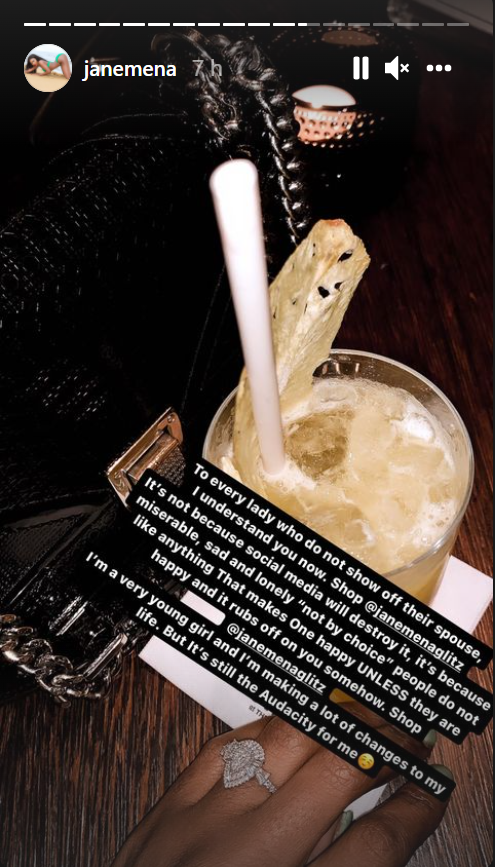