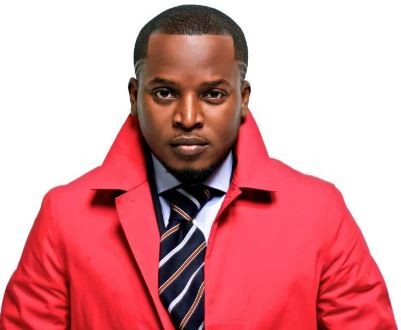 Those who have been slipping into rapper Eldee Tha Don’s DM to beg for money are advised to stop it.

The once famous rapper revealed that a lot of people have been begging him for money.  Adding that he barely has enough money to care for his daughters, Eldee Tha Don revealed that he would rather teach how to make money.

Eldee Tha Don, made this known in a post saying  “begging isn’t the starting point for ambitious people’ adding that, ‘I”m sick and tired of people sliding into my DM to beg me for money.”

See his full posts below: 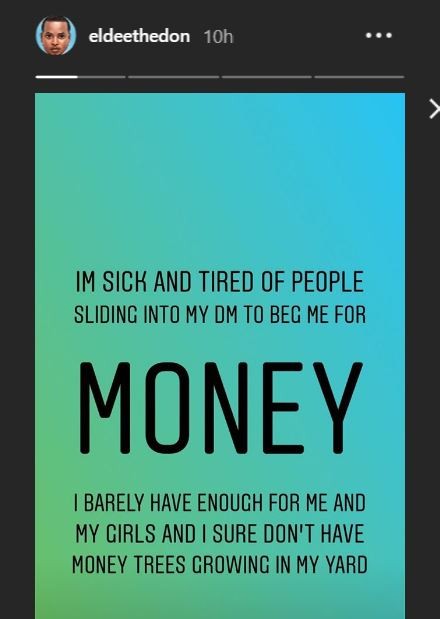 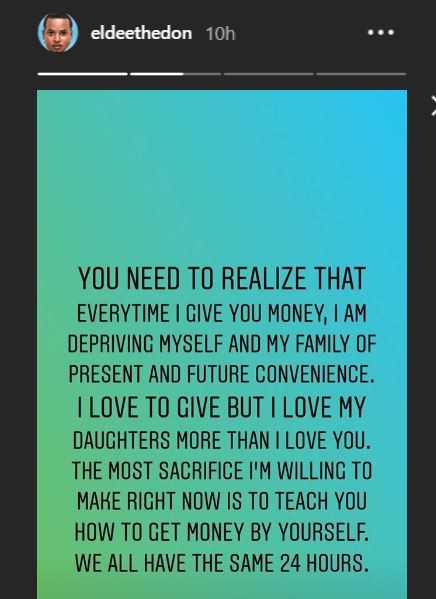 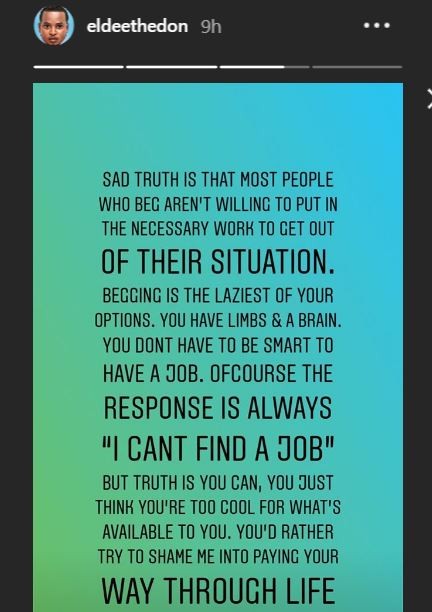 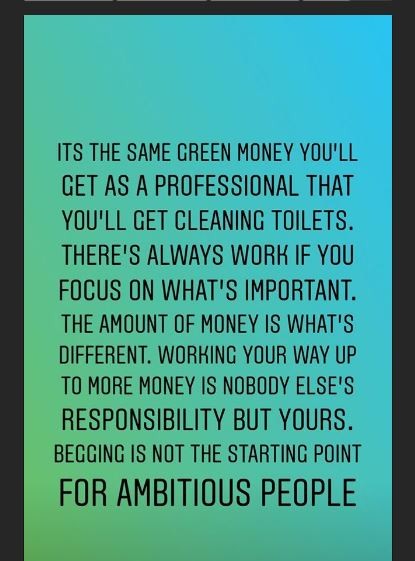 In All Her Sexiness: Behold Waje’s 19 Years Old Daughter, Emerald*** Picture Inside