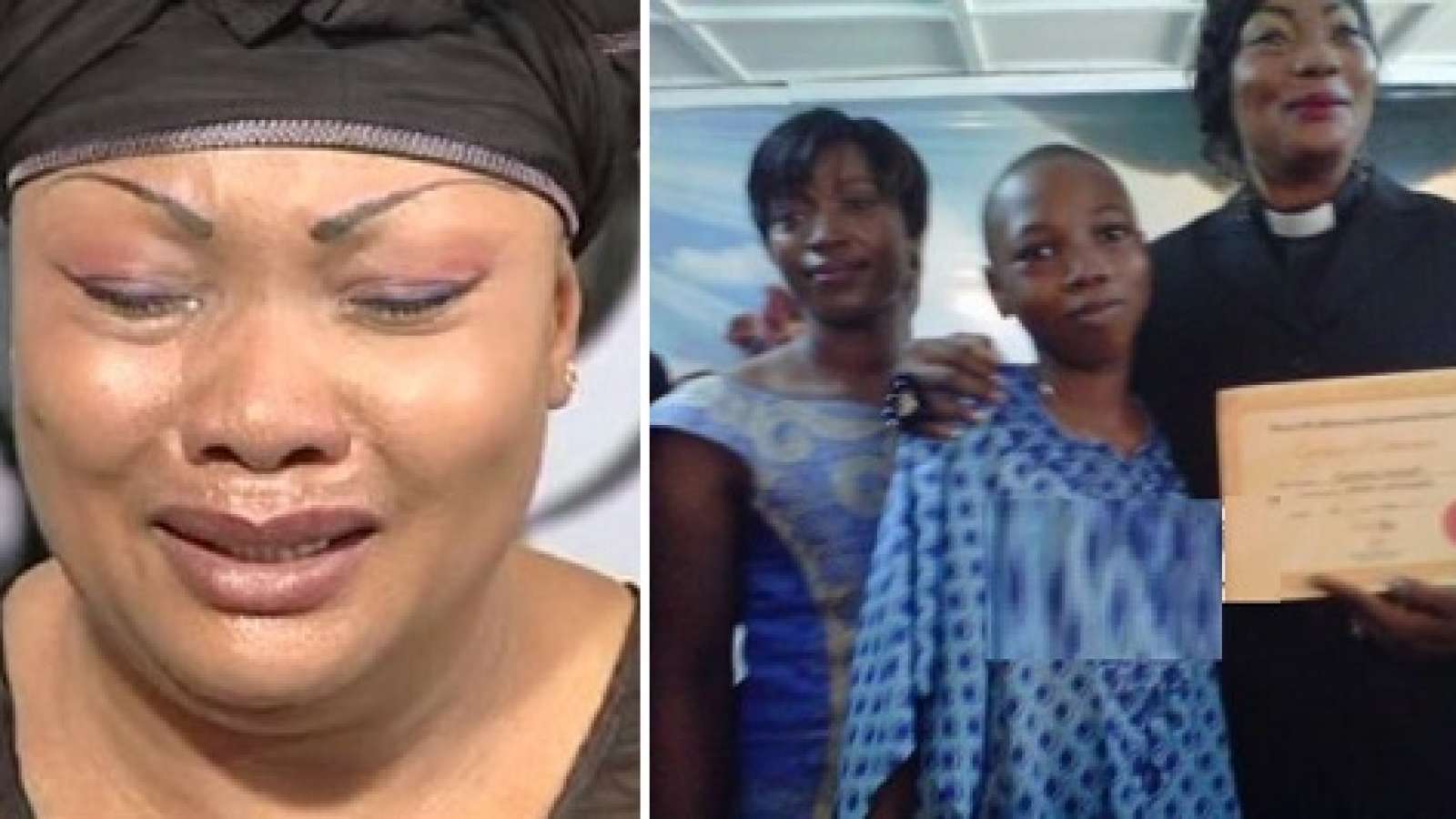 Actress, Eucharia Anunobi, has revealed that her 16 year old son which she buried sometimes ago didn’t die a natural death.

According to the thespian, Raymond was killed. Speaking on the death of the deceased, Anunobi said that her son was mistakenly killed by his doctor.

Explaining why she was celebrating his 16 year birthday posthumously, Anunobi said that she decided to celebrate her late son’s birthday in the same manner she would have done it had he been alive.

Explaining further, she said that while most people would not touch the property of a dead person until after a year of their death, she has decided to give some of her sons things to the special boys correctional center and government owned motherless homes.