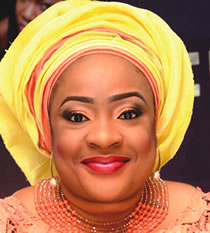 Speaking exclusively to www.theoctopusnews.com, during a phone interview, the thespian who just turned 40 years old revealed that she has almost achieved all she could from the make-believe industry.

Speaking further, Daramola told us that her focus is more on her foundation which focuses on abuse of the female child. Though she also added that this doesn’t mean she would no longer act in the movies.  Encouraging younger actresses, Daramola, revealed that Nollywood success doesn’t come overnight, asking them to remain focus and hardworking.

How My Son Was Killed By His Doctor-Eucharia Anunobi