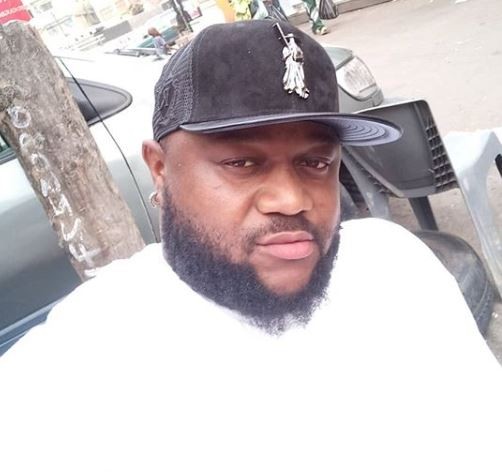 A lady identified as Temitope Adeola Akinsemoyin is claiming to be the ex-girlfriend of DJ Xgee who committed suicide days back.

Narrating her bitter experience in the hands of the DJ, while they were in the University, Temitope described him as violent and abusive.

DJ Xgee who died on January 2nd after drinking what is believed to be the insecticide snipper had been recieving kind words from celebrities untill Temitope surfaced with her claims. 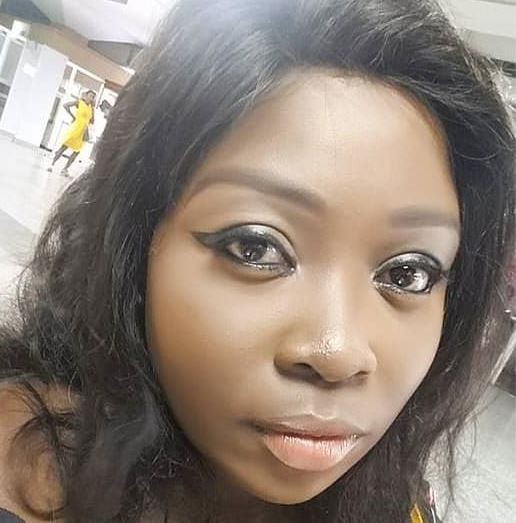 Narrating one of her encounters with Disc Jockey, Temitope wrote: ‘he threatened to kill me and kill himself. Today, I’m left with a permanent swelling on the left side of my head. Sometimes, my left eye twicth and I have extreme migraine’.

Read her story below: 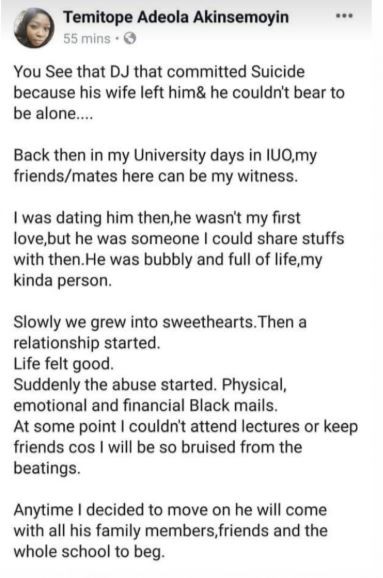 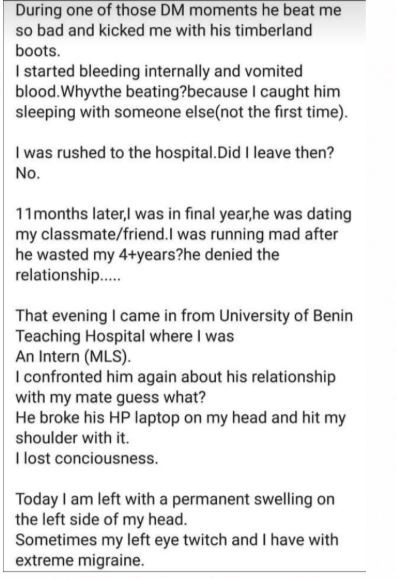 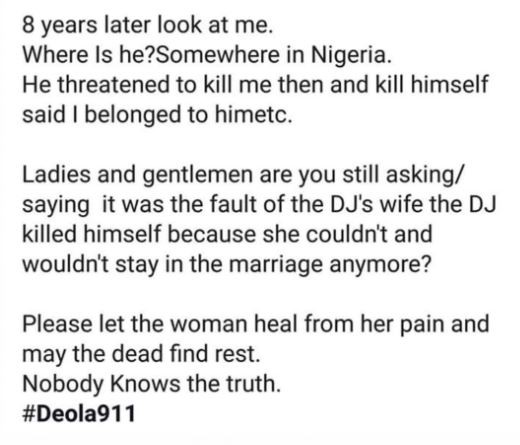 Burna Boy: The Ingrate who hasn’t learnt from his past mistakes – Adeyinka Oluwamayowa writes

What Do You Think Of This Picture Of Mr Eazi Helping Temi Otedola With Her Hair?