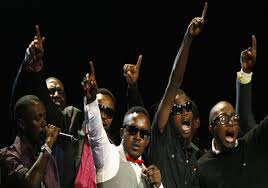 Nigerian celebrities are already reacting to the 24 hour curfew imposed in the state by Governor Babajide Sanwo-Olu.

Reacting to the curfew, celebrities such as Davido have been commenting.

Davido’s reaction was simple and apt, as he described the government of Lagos State, as a “Shameless Govt”.