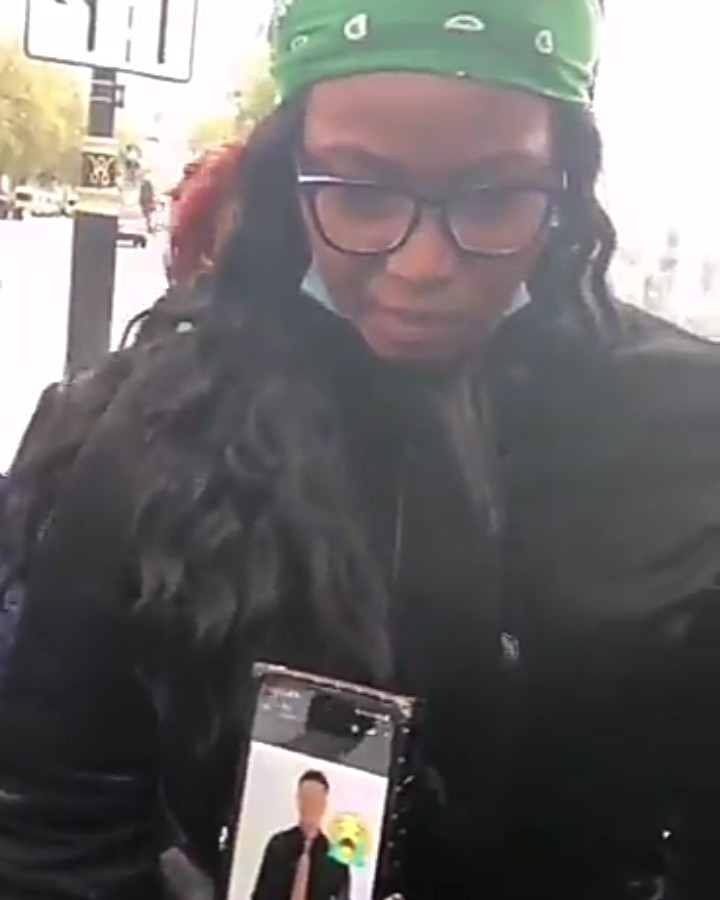 More people are emerging to discredit the popular claim that no one died in the Lekki Tol Gate massacre.

Recall that DJ Switch had revealed that she and others who witnessed the victims of the shooting counted about 15 corpses.

However, the Lagos state government maintains that only one person died from the incident and that the deceased died in a hospital.

Reacting to the position that no one died at the scene of the incident, a woman claiming to be the mother of Anthony Okechukwu, a young man who reportedly died in the Lekki shootings has counter the claims that no one died.

Shortly after peaceful protesters were shot at on October 20, 2020, pictures started flying around of a young man named Anthony Okechukwu, who died in the shootings. 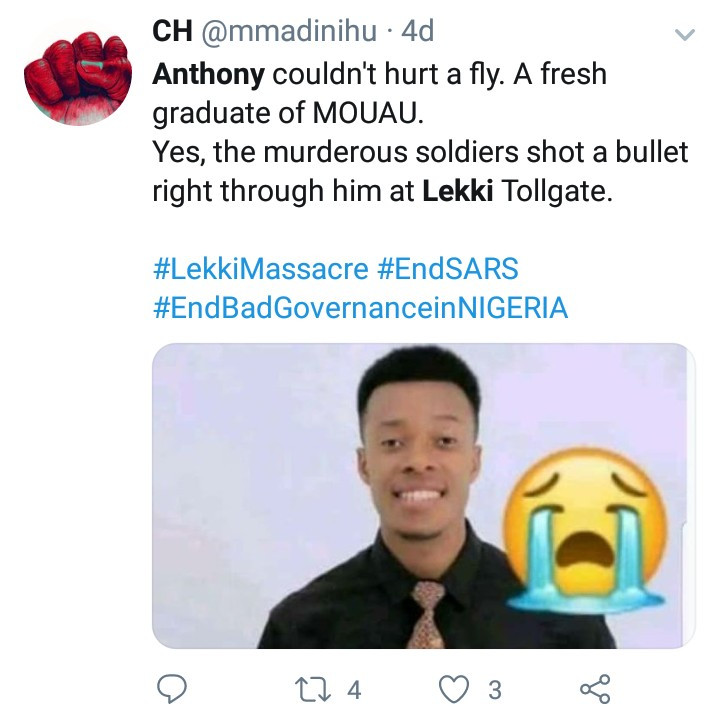 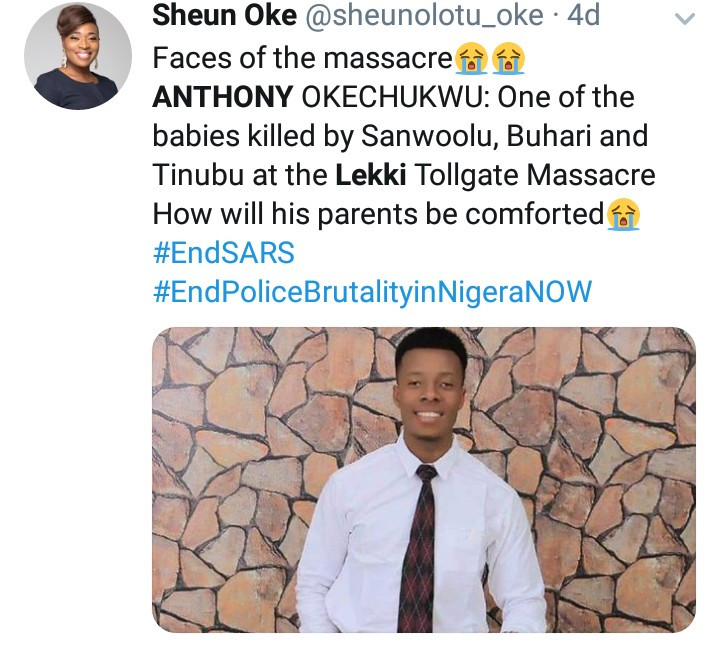 Speaking from her base outside Nigeria, she stated that she found out about her son’s death online when she saw his photo being circulated.

According to her, her other son who is in Russia confirmed to her that her son Mmazuo Anthony Okechukwu, 23, died from gunshot wounds.

The mother thanked her son’s friends who stayed with the body.

She said: “First of all, I want to thank his friends who picked him up from when he was shot.

“If it wasn’t for his friends, maybe the soldiers who picked up the other corpse would have picked him up and say nobody died.

“Those children saw when Anthony was running with gunshot wounds, they stayed with him.”

“I cannot fathom what happened. A lot of our children, a lot of our youths, killed. And you lot have the effrontery to come out and look everybody, the whole world, to say nobody died.

“May death befall all of you.”

She revealed that her son’s body is now in a mortuary in Lagos.

Watch the video below:

How Celebrities Are Reacting To Curfew In Lagos