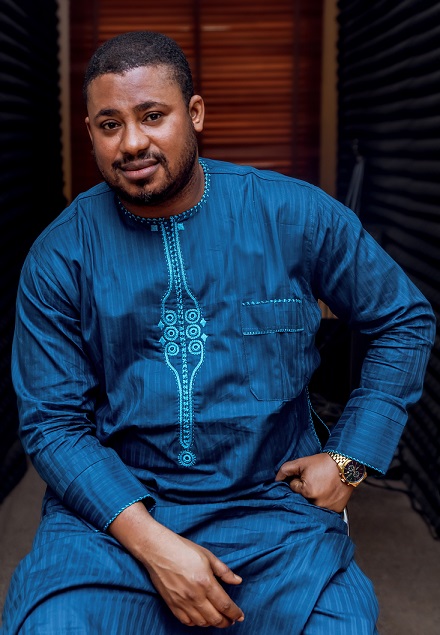 Seasoned entrepreneur and producer, Mursty Adinoyi, is the brain behind one of Nigeria’s leading television shows, Hitlist N Cruzin. For over a decade, he has successfully changed the lives of young Nigerians across several states via the programme which takes people on a dream shopping spree. In this interview with Lukmon Akintola, he speaks on his 2020 development plans for the show, the need for youths to be more dedicated to the country and the impact of terrestrial television on the society.

Personally, I have a lot of plans for myself, long term plans that will culminate into awing developments. In addition to our flagship programme, Hitlist N Cruzin, we have AIT Music+, and both programmes have garnered positive followership.

Are there plans to take the programme to other parts of the country where it is not popular?

Most definitely. We are expanding the map to other states. We want to take it to places where we are not known, not just where people are already watching us. Talking about plans, I pray that all the ideas we have materialise. At Emrose Adinoyi Productions, we don’t make one-year plans, but long term plans. It’s our lifestyle and we’ll keep seeing what we can do to get better.

You are known to be passionate about Nigeria, do you have plans to start a programme that will dwell on Nigeria’s peculiar challenges?

Having a programme that focuses on Nigeria’s issues will not make any change. If you watch Kakaaki on AIT or Channels Television in the morning, you will see all of this stuff ongoing. If you watch Focus Nigeria on AIT as well, you will see all these discussions ongoing, but have there been changes? They say that democracy is the best for us, but we have to find a way to make sure that it works for us, because the way it is right now, I don’t think it’s working for us.

What are the peculiar challenges in your industry?

There are so many challenges. Don’t forget that to shoot Hitlist N Cruzin, we go out, looking for winners to take on a cruise. You hit the road, you see bad roads. You get a good car before you know it, it’s gone because the roads are bad. Some major roads are bad, how much more the roads in the hinterland? So, the challenges are enormous.

These challenges have seen a lot of people relocating out of the country, are you thinking of joining them?

If your father’s house is not painted, instead of looking for an apartment to rent, look for money and paint it, that’s my belief. So many young people are leaving the country because they’re looking for greener pastures. You can’t blame anybody, but for those of us who believe in the Nigerian dream, we will contribute to the development of the country. I will rather do that than leave for Canada or anywhere in the world.

You have also been making political statements in recent times, are you thinking of going into politics?

This is our country and some of us are committed to its development. If things are not going well, we have to speak out. We should all know that life is in stages, we are in our forties right now, it’s just very unfortunate that the Nigerian system tells us that at forty we are young, we are actually not young. Very soon, leadership will fall into our hands. So we need to be consciously telling ourselves the truth so whoever amongst us has the opportunity to occupy an office can do the right thing. If we’re doing the right thing, people will not travel to other places, and even if they travel, it will be for fun, they won’t abandon Nigeria.

There have been calls for people to make their industry buoyant such that it can contribute to the country’s GDP, do you think the television industry can do this?

Content can be created from the training that an ex-military man has gotten. People will benefit from it, and then there will be much money for him and even the television station airing the programme and other participants. I am telling you there are so many things we can create, lots of things, even an ex-banker can create a programme. So, there is a lot of money to be made here, but first, we have to develop Nigeria first, using television.  Everything about us can be on television and we would make money from it. Okada, for instance, can be used for stunts. If independent producers can have good money with them and we are tax-free, we can gather Okada riders, create stunts, stage them, put them on television and make money out of it for development of the country. We see all these things on foreign channels and we think they are just for the foreign market, but they are also applicable here. There are lots of independent producers that can create good content for television consumption that will engage hundreds and thousands of people. That way, the unemployment rate will definitely drop.

You have severally called for a tax-free media, can you justify this?

When I say tax-free television, I am not referring to cable television because there is a lot of money on pay television. There is a lot of money coming in because people subscribe to watch. I am speaking in relation to terrestrial television, some of these stations cannot even pay salaries. You need to realise that a local television station and independent producers are capable of employing more hands. But if you tax this sector too much, there will be no much money to even sustain what they have talkless of bringing in more hands. If we are actually looking at a better country, policies that we create should be those that would be for a better Nigeria, that will benefit Nigerian companies. When I say tax-free, I don’t mean for foreign companies. For instance, if VAT is 7.5% media-related companies can be made to pay 2.5%. The country is not growing because the policies we make are not developmental. If we have developmental policies, we’ll definitely move forward. We need to face reality. The government needs to see beyond immediate gain and make policies to help grow Nigerian companies and also make plans for our growing population.

There are people who will argue that if a company can’t pay its staff it should close shop, what do you say to that?

That would be wrong because when you talk of a direct impact on our society, it is terrestrial television that gets it done, not pay television

You have asked for all-round development in the country, where would you want the government to start from?

The scripture said let there be light and there was light. So, taking it from that angle, I would say the first thing we should be thinking of doing in terms of development should be stable light. Light is important because if we have it, other things will grow. But it’s not just about having light because other aspects also have to work. Transportation, the train needs to be connected to every state so that instead of everybody moving to Lagos State, you can even stay in Kogi State and do your business and if you have to come to Lagos State, you come by train. There are so many things that need to be done. There is a need for a change in government policies such that it will favour Nigerians.