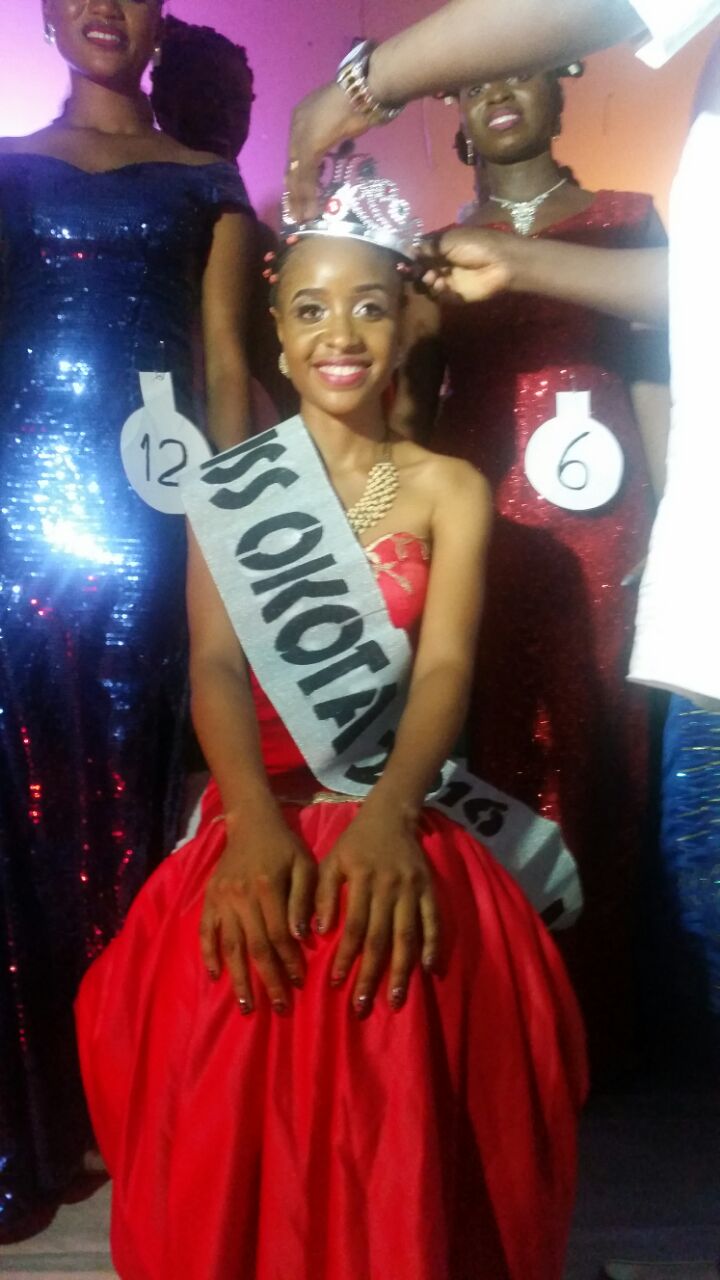 Ahmed Mariam Oluwademilade, a student of Abraham Adesanya University is currently Miss Okota, a culture-inclined beauty pageant organised by Olokun Festival Foundation. As Miss Okota, Mariam is the face of morality, culture and social values of Okota people in Ekiti state. In this interview with us, she talks about her pet projects and more.

Tell us how it has been since you emerged Miss Okota?
It has been okay. I have been trying to settle down to my new responsibilities and office.

How about your pet project, what have you been up to?
My major focus is working with orphanages. I love children. I also love giving and can be very caring when it comes to that. I am also working with some old and aged people. I love helping old people. It has always been a part of me, hence it comes naturally. However, another thing I hope to look at is tradition. My title represents culture and tradition and I would want to create a lot of awareness on the loss of our culture and traditional values. Our youths are forgetting their customs and traditions. Most of the young children you see today are influenced by foreign culture, and this is unfortunate. How will our culture survive if we are daily influenced by foreign culture? I will be doing a lot of campaigns about this in the nearest future.

What would the campaign you speak about focus on?
Basically, it will focus on tradition and culture, but with a special emphasis on cultural dance, singing and other things. I like dancing a lot and I want to channel my skills in the right way.

As Miss Okota you are the face of tradition in Arigidi, Ekiti State; how grounded are you in Yoruba culture?
I love culture and tradition a lot. My cultural role model is Tunde Kilani. The dancing competition in the camp and the singing rehearsals are all from influences gotten from Kelani’s movies.

What were the challenges you faced in the pageant?
The truth is that there were a lot of challenges especially during our time in the camp.

Did your relationship with fellow contestants change when you became queen?
That was another challenge that I also encountered. I was friendly with everybody before I was announced the queen. We all played and talked together, but the moment I became queen, things changed a little. Some people came to me and congratulated while others kept away. I even had to go and ask some if they will not congratulate me. We sorted everything later. I understand how those who didn’t come to congratulate me felt because it’s not easy to be on the losing side. I recall that before we left the camp for the competition proper I told my fellow competitors that whoever wins should be celebrated. I also said that we should avoid backbiting and keeping malice after the competition.

Did that make you regret winning?
I may not have been the best, but I was the one who won. My winning was the handiwork of God, but having won I didn’t care about whatever anybody had to say.

How did you hear about Miss Okota?
I heard about it through my agent. Initially, I wasn’t interested in it, but I later changed my mind.

Why did you change your mind?
Naturally, when I hear about things like beauty pageant I am reluctant and scared to join the competition, but when my agent encouraged me I changed my mind and picked up the form.

Tell us the biggest misconceptions about you?
A lot of people think that I am conservative when they first meet me, but the truth is that I am quite playful. I play a lot.

Did your parent support you when you showed interest in Miss Okota pageant?
I come from a family which supports you all the way no matter what you chose to do. My mother was happy when I told her about it. You will be amazed that she even encouraged me. She said go and compete and I know you will make it. I remembered her words when I was announced the winner. She supported me with everything including advice and financially.

Did your dad support you?
He did, but my mum was more supportive.