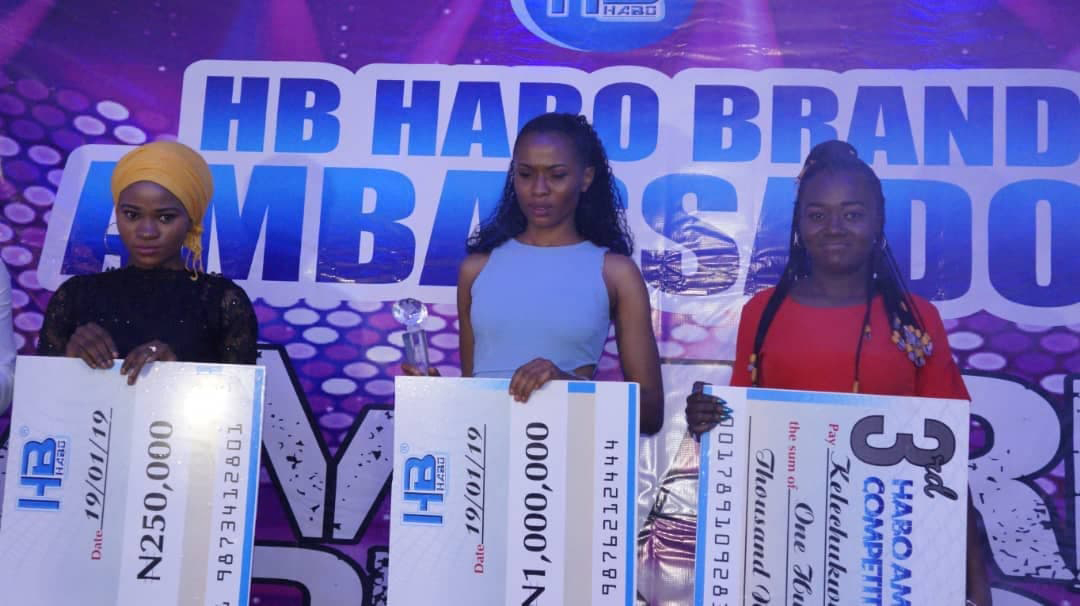 Attended by its associates, entertainers and brand loyalists, the colourful ceremony, which held at the luxurious Mount Royal Center Hotel and Suite, Amuwo Odofin, Lagos, was a massive success.

Detailing the essence of the award ceremony, HB Habo Global spokesperson Ifeanyi Ifeabunike told Around The Cities that it was an opportunity to unveil and celebrate brand ambassadors such as Duru Ifeoma Olivia, Abdulganiyu Nafisat and Chikata Kelechukwu Augusta.

“The company decided these people will represent them in Nigeria. The rationale for picking them is because they created something good which the public liked. We are confident that they can represent the brand in the country. So, this is a platform to unveil them,” Ifeabunike said.

The ambassadors emerged winners in a creative dance Instagram video competition and were subsequently named the face of the brand in the country.

While having the privilege of spotting their faces before they hit the streets on the Habo Sanitary Pad, guests in attendance had no dull moment, as they were treated to choice food and drinks.

Miriam Shehu Dares Banky W, Says Tell Me When You And Your Lawyer Is Ready, I Have Two SANs On Standby