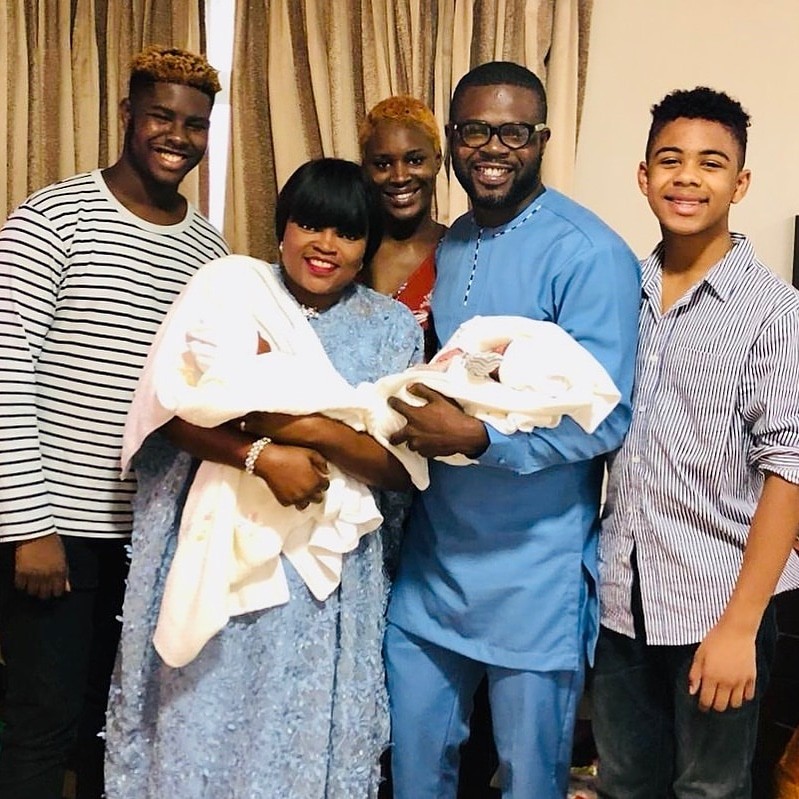 The actress released the pictures following growing concern that no one had really seen the tots.

Prior to the release of the pictures questions such as who really saw her while she was pregnant had been asked.

However, the Jenifa actress released a picture of herself and husband JJC Skillz cradling the tots.

The picture also had JJC Skillz children from another marriage. However, conspicuously missing were her own family members.

Recall that the thespian recently took to instagram to announce that she had welcomed a set of twin.