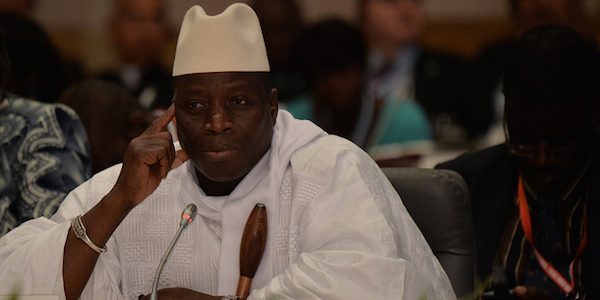 As the crisis in Gambia gets set to escalate Gambians have been leaving the country via the Senegalese border massively.

Speaking during an Al Jazeera interview monitored by www.theoctopusnews.com, a cross section of Gambians reveal that all they want is peace.

Meanwhile, Gambia’s army chief, Ousman Badjie, has said he would not order his men to fight other African troops if they enter the Gambian territory.

According to him, “We are not going to involve ourselves militarily. This is a political dispute,” Badjie said, after eating dinner in a tourist district close to the capital, Banjul.

“If they (Senegalese) come in, we are here like this,” Badjie said, making a hands up to surrender gesture.

You Have Failed Us, Ajegunle/Owode-Onirin Community Tells Gov. Ambode