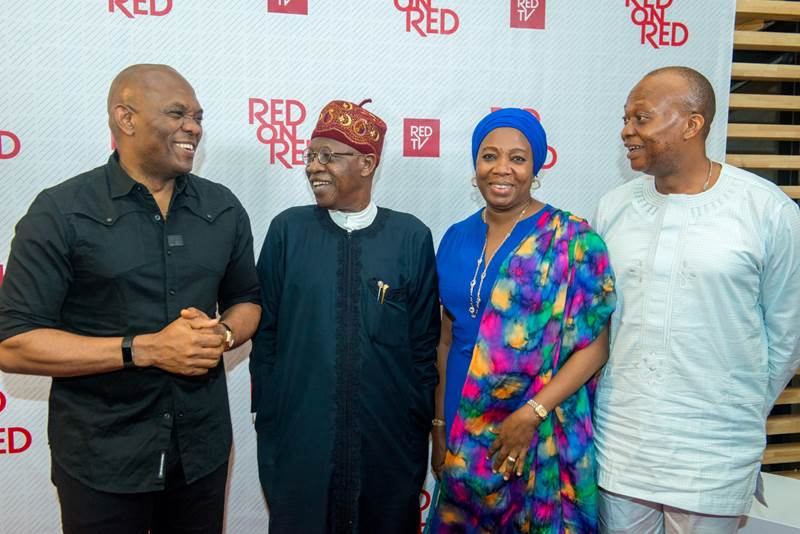 REDTV, a dynamic online lifestyle channel that puts the spotlight on Africa with a distinct global appeal, in conjunction with The Naked Convos has premiered a new web-series titled, ‘Our Best Friend’s wedding’. REDTV is supported by the United Bank for Africa’s (UBA Plc)
The impressive gathering which held this past weekend, attracted a good number of A-list dignitaries and business leaders, from different industries across Nigeria including: the Honourable Minister of Information and Culture, Alhaji Lai Mohammed, Chairman of United Bank for Africa Plc, Mr. Tony Elumelu, Group Managing Director, Mr. Kennedy Uzoka and players in the entertainment and film industries
Speaking at the premiere, Alhaji Lai Mohammed, who was visibly impressed with the quality of the movie spoke glowingly about the unrelenting support of UBA towards the growth of the creative industry in Nigeria, noting that UBA is no doubt one of the very few organisations that truly understands the far reaching impact the creative industry can add to Nigeria’s economy.
The minister applauded the high quality of the television series, attesting that Nigeria’s television production and creative industries have come of age with capabilities to contribute significantly to the country’s socio-economic development. This, according to the minister is part of the objectives the recently signed pact between the Federal Ministry of Information and The Tony Elumelu Foundation hopes to achieve. The Tony Elumelu Foundation is founded by the Chairman of UBA Plc, Mr. Tony Elumelu.
“I recall that before the MOU we signed with the Tony Elumelu Foundation, we identified a plethora of problems in the Creative Industry ranging from systemic failure, lack of monitoring of intellectual property and lack of capacity. Having said that, I am particularly delighted to tell you that after organisations like the Tony Elumelu Foundation and the British Council came to the rescue of the creative industries, the story has now changed for good”, the minister said.

Reiterating why the MoU is important for Nigeria’s creative industries, he explained that the film industry, best known as Nollywood, is the most energetic in the world and has a total estimated value of over $500 million per annum. It also provides jobs for thousands of people but sadly, an estimated $200milion is lost to piracy annually because of the absence of formal, legal distribution systems.

Also speaking at the premiere, the Director of Marketing and Corporate Communications, UBA Plc and executive producer of the television series, Mrs. Bola Atta appreciated the critical interventions by the government in creating an enabling environment for the creative industry to thrive, whilst noting that the series, made by Nigerians in Nigeria is of world class standard. According to her, in just a few days of its release, the series garnered over 130,000 views on the YouTube channel. .

The movie, Our Best Friend’s Wedding is a romantic dramedy of a young man who panics and buys an engagement ring on a whim. He recruits his two female best friends to help go through a list of potential candidates and sets off a series of events that lead to a wedding.

REDTV is a digital online television network that features the very best of entertainment, news, design, travel, fashion, music, sports, comedy and much more. The channel is available on YouTube, Facebook, Twitter and other social media platforms.