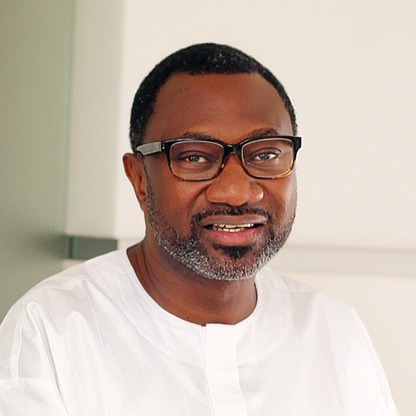 A lot of rich men are known for building castles in the air.

When they have a very deep pocket, their ability to dream up fantasies becomes unimaginable.

Billionaire businessman, Femi Otedola, is guilty of this crime, as the man has been found culpable on several occasions.

Not known to be a politician, he dabbled into the mix when he endorsed his kinsman and the Lagos State governor Akinwunmi Ambode for a second term in office.

While throwing his weight behind his Ambode, Otedola also dragged his aged mum along.

His endorsement however didn’t do the magic for Ambode, as he failed to secure his second term in office. While securing Epe his local government, he failed to get the ticket that would have given him the opportunity to contest the election. Indeed, Otedola is no magician.