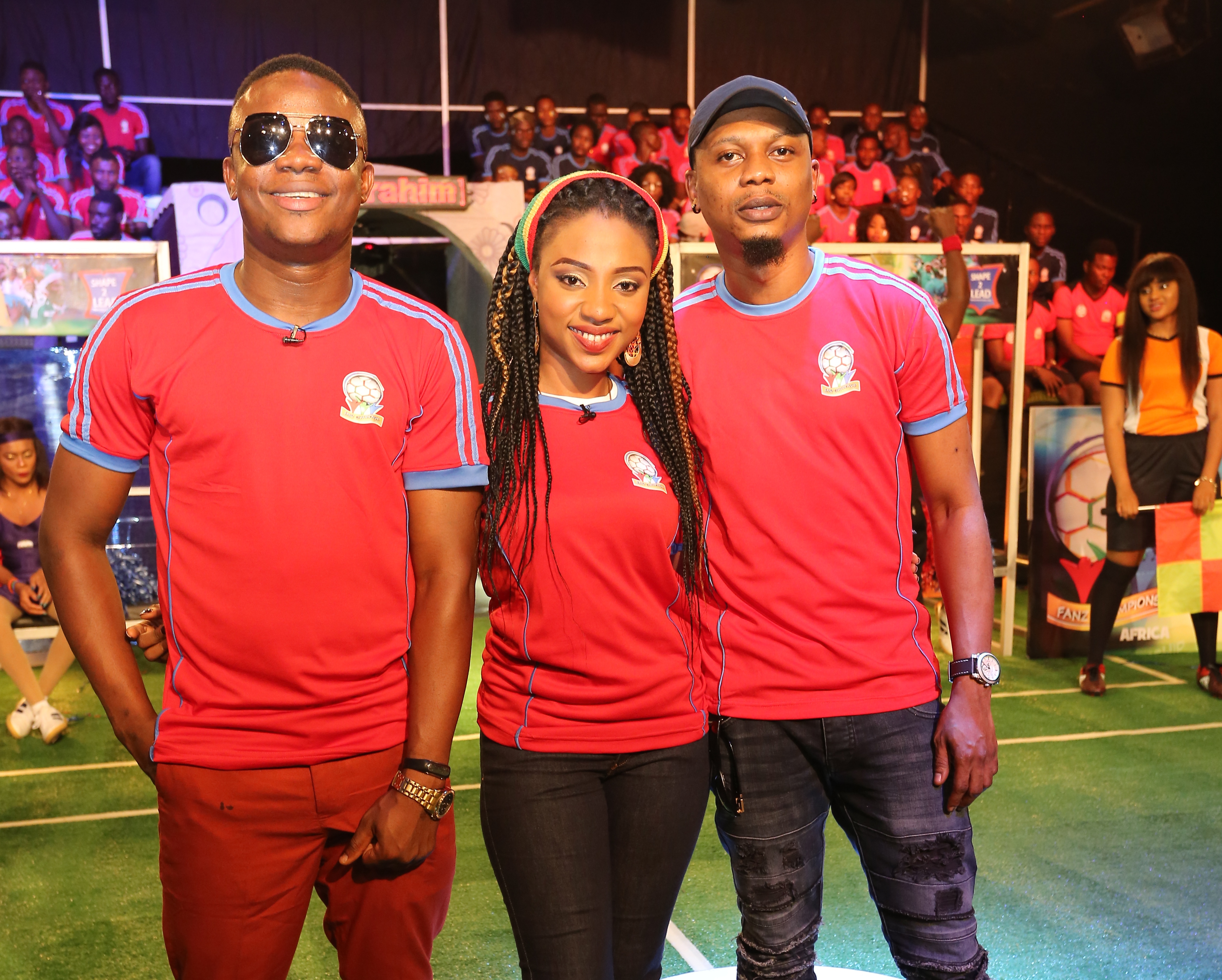 Fanz Championship Africa, created by Abelinis Limited has finally kept to its promise with the commissioning of the community project at Amuwo Odofin Primary School, Lagos as part of the prize attached to the winner of Season 2 ‘Better Me’ Series, Amuwo Odofin FC.

The community project aimed at giving back to the society within environ of Amuwo Odofin, Lagos is a corporate social responsibility plan from Fanz Championship Africa to add value to the school through the construction of a new borehole, renovation of the abandoned school toilet facilities and donation of generator to power the borehole.

Radar reports from the project producer also disclosed that the premiere of the Season 3, ‘Super Me’ Series Celebrity Edition match with short clips of the new qualified teams on a super mega screen for viewers’ enjoyment was a sight to behold on Friday, September 30, 2016 at the upscale Silverbird Cinemas, Ikeja City Mall, Alausa Ikeja Lagos.

Fanz Championship Africa– the most watched, unique and interactive TV game show from the stable of Abelinis Limited, the project intelligent company that commenced in 2004 for adventurous, dynamic and fun loving football fans would be coming up in the month of October 2016 with the Season 3, tagged Super Me series, where qualified teams would slug it out on the pitch of play to emerge the champion and the winner(s) of the 5 million in cash and prizes with a community project.

The qualified teams for the Season 3 would trade tackle on wit, speed and knowledge of the football industry and the new introduction of the spinning wheel with striking features like; Free Kicks, Penalty, Over The Bar, Answer the Question and Golden Goal to actually score a goal as part of the match process.

Nevertheless, the qualified teams were lucky to have celebrity coaches like; Sexy Steel, Bash the Comedian, Sossick, Toyin Ibitoye, Alexx Ekubo, Biola Kazeem, 9ice, Juliet Ibrahim, Reminisce, Helen Paul, Illbliss, Shina Okeleyi, DJ Neptune, Deji Omotoyinbo, Juliet Mafua and Jide Alabi who were ready to participate enthusiastically to win the grand prize and community project for their teams. The much anticipated matches between the qualified 16 teams would be officiated by ace comedian and On Air Personality popularly known as Ushbebe as the referee.

Fanz Championship Africa (Season 3) Super Me series, shot with black magic cameras and high technical crew support would unarguably be the much talked about television football game show in content and followership to kick off on digital and terrestrial television stations from October 2016.

PROPOSED SOFT SELL AND NEWSPAPERS TO PUBLISH THE STORY AND PHOTOGRAPHS ON FANZ CHAMPIONSHIP AFRICA SEASON 3, SUPER ME SERIES

THE NEWSPAPERS (DAILIES) FOR SYNDICATION

THE SOFT SELL (MAGAZINES) FOR SYNDICATION

THE ONLINE BLOGS FOR SYNDICATION

For prompt service and effective media activation and consultancy – we charge in consideration of the long and short proposed period for services to be rendered and aside the cost implications for the media publicity implementation on the agreed platforms.

The mobility drive and retainer-ship, which also valued on the write-up, media monitoring and gate-keeping is our proposed consultancy fee for the proposed media activation. HOW MUCH YOU WAN PAY?

SEVEN SMART MOVES TO BEING A SUCCESSFUL LANDLORD