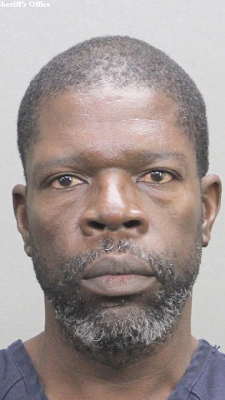 Raymond Vincent, a 46-year-old Florida resident, impregnated a 10-year-old girl, earlier this year and fled. According to the Sun Sentinel, when he heard that his victim was pregnant, Vincent fled Florida and headed to Haiti, but on Friday afternoon, July 1, U.S. marshals were able to capture him in Port-au-Prince.

Once Vincent was apprehended, marshals returned him to South Florida, where he was turned over to detectives at the Fort Lauderdale Police Department’s Career Criminal Unit.

“The Haitian National Police were there for several days watching certain locations in Haiti to determin where he was before they too him into custody,” Golden said.

Vincent was promptly arrested and charged with one count of sexual battery on a child, as well as one count of lewd and lascivious conduct for his assault on the child.

The little girl was brought to the attention of detectives by Broward Health Medical Center on February 13, where they were called in because of obvious sexual battery of a child. The 10-year-old, who had been brought in to receive medical attention because of stomach pain, was found to be pregnant.

A police report details the disturbing encounters between Vincent and the 10-year-old girl. In December or January, the girl told the detectives, she fell asleep on the couch, but was awakened when she felt Vincent slip his hand down her pants. When she opened her eyes, she stated, she saw Vincent hovering over her sleeping form. He then quickly pulled his hand from her pants, beneath the blanket, the report stated

In an effort to cover up with act, Vincent turned to another child, who was also asleep on the couch, and pretended to adjust that child’s position while the child slept.

The little girl who had been inappropriately touched by Vincent ran away from the man, locked herself in the bedroom, and alerted her mother. Vincent was charged with lewd and lascivious conduct in connection with that particular incident.

This is not even the first time Vincent has been accused of molesting a child. Fort Lauderdale police arrested him in January of 2012 for luring a girl under the age of 12 years into his home with food. The little girl told authorities that Vincent groped and fondled her, and tried to pull her into his lap. She also stated that Vincent had molested her at least twice before that incident, as well. Even though he faced multiple counts of lewd molestation, court records show that a jury acquitted him.

He is now being held at Broward Main Jail on charges of sexual battery on a child and lewd and lascivious conduct.

Mistakes to Avoid When you are Naming an Application