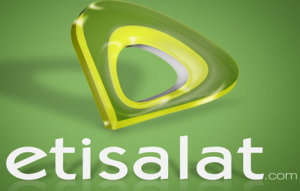 Following the successful completion of the fourth edition of its flagship pan-African literary prize, Nigeria’s most innovative telecommunications company, Etisalat, has announced a call for entries for the 2018 Etisalat Prize for Literature. The opening date for the submissions is 3rd July 2017 and the closing deadline is 18th September 2017.

The Etisalat Prize for Literature is the first pan-African literary prize that celebrates African writers of a debut published book of fiction.

The recently concluded Etisalat Prize for Literature award ceremony was held on 20 May 2017 in Lagos, where Jowhor Ile emerged the winner for his debut novel, And After Many Days. Jowhor is the first Nigerian to win the Prize, which was launched in 2013. Past winners include the Democratic Republic of Congo’s Fiston Mwanza Mujila (2015), South Africa’s Songeziwe Mahlangu (2014) and Zimbabwe’s NoViolet Bulawayo (2013).

Chief Executive Officer of Etisalat Nigeria, Matthew Willsher, said the company was delighted to flag off the fifth year of the Etisalat Prize for Literature, which has become a leading platform for the discovery and promotion of African literary talent.

“We are glad to announce the call for entries that marks the beginning of the submission and selection process for the 2018 Etisalat Prize. It underlines our firm commitment to and continued support for the development of African literature,” he said.

He disclosed that the new panel of judges will comprise: Harry Garuba (chair), Doreen Baingana and Siphiwo Mahala.

Willsher added, “Over the years, we have seen the Etisalat Prize for Literature impact on the African literary space by encouraging creative writers and publishers to help tell compelling stories about the African continent, and it is our conviction that the judging panel – made up of very experienced writers, academics, literary critics and editors – will be devoted to upholding the legacy and reputation of the Prize.”

Willsher also recognized the patrons as custodians and advocates who ensure that the key values of creativity, quality, excellence and integrity continue to be the hallmarks of the Etisalat Prize for Literature. The distinguished patrons of the Etisalat Prize are: Ama Ata Aidoo, Dele Olojede, Ellah Wakatama Allfrey OBE, Margaret Busby OBE, Sarah Ladipo Manyika and Zakes Mda.

The judging panel will initially select a longlist of nine titles, and following a second round of screening will announce a shortlist of three finalists, ahead of the 2018 grand finale/award ceremony.

Outlining the criteria for entry, Willsher said that books submitted must have been published in the previous 24 months from the date of the call for entries. Such books should contain no fewer than 30,000 words and must be the author’s first published fiction book. The author must be an African citizen, but may reside anywhere in the world.

Furthermore, all entries must be submitted by incorporated publishing houses that have existed for six years or more, with registered ISBN or the equivalent, and the publishers must have published a minimum of three authors. A publisher may enter a maximum of three titles. Seven copies of each title entered must accompany the application form, along with an acceptance of the publicity terms of the Etisalat Prize http://prize.etisalat.com.ng/terms.php .

The winner receives £15,000, an engraved Montblanc Meisterstück pen, and an Etisalat-sponsored fellowship at the University of East Anglia, where he or she will be mentored by Professor Giles Foden, author of The Last King of Scotland‘. The winner and the two runners-up also participate in a multi-city book tour sponsored by Etisalat. Etisalat purchases 1,000 copies of each of the shortlisted titles for distribution to schools, libraries and book clubs across the African continent.

Uber: The Good, Bad And Ugly

Things to do when you can’t get a job