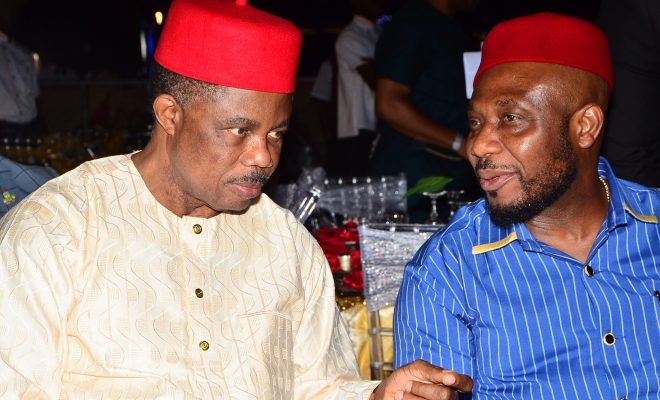 Known for being an unrepentant promoter of the Igbo culture, Dr. Ernest Azudialu-Obiejes has won the admiration of many via the ‘Face of Okija’ project.

In its fourth edition, the annual event organised by the Obijackson Foundation has turned the bad rap Okija previously into an endearing one.

Promoting the cultural heritage of the Igbos, the Face of Okija also empowers the youths and support arts.

This year’s edition of the event, which held at Obijackson Sports Arena on Friday, December 29 in Okija town focused on culture, corruption and the physically challenged.

The consistence of the event has definitely brought a lot of accolades the way of Azudialu-Obiejes.

When The Okoyas Stepped Out