Timaya has come to the defence of Douglas Agu popular known as Runtown in the music industry. 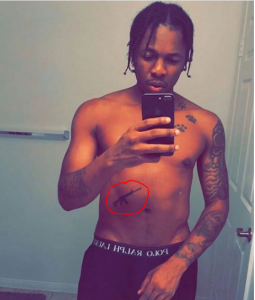 Runtown is currently being trailed by a tale of being banned from entering America.

Confirming the ban, Johnson Adumike, the General Manager of Eric Many Entertainment revealed that “Runtown and his brother secured the US visa through the label but his brother refused to come back, thus staying in the United States illegally on expired visa.”

Coming to Runtown’s defence, Timaya who feels that the singer is being attacked by his latest took to the social media to defend him.

Timaya wrote: “When you are big they try to pull you down. Dem too small. Runtown shine on bro.”

Though entry ban are normally for a particular number of years, the sanction on the singer and his brother is unknown.

Man Hit Back At Banky W, Waje***Says I Am Not A Pedophile

Why Runtown Was Banned From Entering America, Ex-label Manager Explains