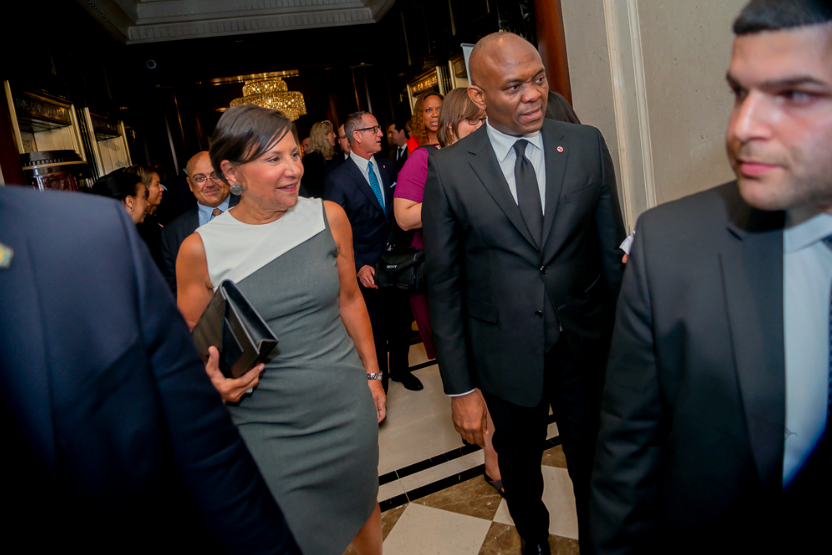 The United Bank for Africa (UBA), Africa’s leading Pan-African bank, recently hosted a cocktail reception for US and African business leaders at the Essex House in New York City.

The event was held alongside the UNGA and right after the US – Africa Business Forum(USABF) which was organized by Bloomberg and the United States department of Commerce.

The Chairman of UBA, Mr. Tony O. Elumelu was host to over 200 global leaders with Secretary of Commerce, Penny Pritzker as the guest of honour at the event.

Elumelu who had spoken at the USABF earlier that day after President Obama’s address, re –emphasised that America needs to expand and  scale up their policies in Africa and not necessarily make changes to what they are doing on the continent. He thanked the audience and especially Secretary Pritzker and the U.S department of Commerce for their support to Africa.

Pritzker on her part, acknolwledged and thanked her colleagues at the department of Commerce. She commended Tony Elumelu saying “Tony is an incredible entrepreneur and pivotal to U.S-Africa business relations. He is a great friend of the U.S”

Both Elumelu and Pritzker raised their glasses to Africa.